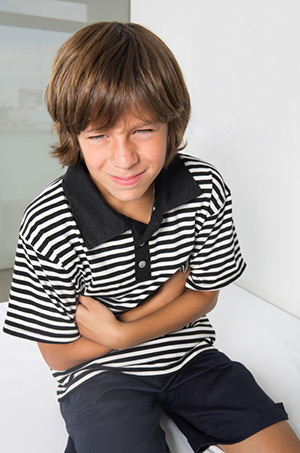 Although children with autism frequently complain of gastrointestinal (GI) problems, the link between gut health and autism is not entirely clear. Researchers have now begun to trace a connection between the two.

Children with autism who have constipation are often also plagued by compulsive or repetitive behaviors, a core feature of autism, finds a study published 29 November in the Journal of Autism and Developmental Disorders.

The researchers initially noticed that many of the children with autism who have GI problems are also prone to compulsive behaviors. To investigate a possible link, they mined data from the Autism Treatment Network, a collaboration among 17 medical centers in the U.S. and Canada run by the research and advocacy group Autism Speaks.

Using parent surveys collected by clinicians in the network, the researchers divided 5,076 children with autism, aged 2 to 17 years, into five groups.

One group included 806 children who experience multiple symptoms of bowel distress such as diarrhea and constipation, or show other signs such as the underwear staining that can result from severe constipation. The 2,957 children who do not have any GI symptoms served as the control group. The remainder fell into categories of individuals with a single digestive complaint.

The researchers’ hunch proved right. Children who have more than one GI symptom are more likely than the controls to show compulsive or repetitive behavior, have a diagnosis of obsessive-compulsive disorder (OCD) or engage in ritualistic behaviors such as flipping on a light switch a specific number of times. These children also tend to have a family history of anxiety or OCD, and are likely to have been prescribed an antipsychotic drug.

Further analysis showed that children with constipation alone have nearly double the odds of being diagnosed with OCD. The researchers did not find a link between any of the other symptoms in isolation, such as diarrhea, to compulsive or repetitive behaviors, suggesting that constipation is the primary driver of the connection to behavior.

It’s possible that constipation might somehow trigger these compulsive behaviors or, conversely, that attempts to toilet-train a child with repetitive behaviors might result in the child becoming constipated.

It’s possible that children who cannot speak have trouble indicating when they need to relieve themselves, triggering some of these symptoms.