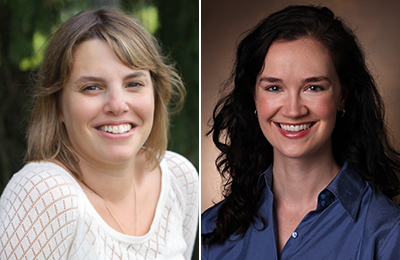 Two new studies explore the link between autism and aggression — a controversial connection that weighs heavily on individuals with the disorder and their families.

One study, published 1 September in Research in Autism Spectrum Disorders, found that one in four children with autism shows aggressive behavior, such as hitting others, destroying property or throwing temper tantrums. In this study, aggression was more common among children with mild autism symptoms and low intelligence quotients. Children with significant aggressive behavior also tended to have mood and anxiety symptoms, and difficulty sleeping and paying attention.

The second study, published 11 September in Autism, explored possible pathways to aggressive behavior in undergraduate students who do not have autism. It found that social anxiety and anger rumination — the tendency to dwell on negative, hostile feelings — predict verbal and physical aggression. People who tend to think or talk about the same things over and over again — a feature of autism dubbed cognitive perseveration — are more likely to dwell on negative feelings.

The studies are timely, given the media attention surrounding Kelli Stapleton, a Michigan mother who pleaded guilty to the attempted murder of her 14-year-old daughter, Issy, in September. Issy had autism and a history of aggression that was at times extreme. Coverage of the case generated considerable controversy, particularly among autism rights advocates, who felt some media reports painted the mother as a victim of her daughter’s aggression.

In reality, the case was much more complicated. Stapleton was abused as a child. At her trial, psychiatric experts suggested that she had a personality disorder that made her ill-suited to face the challenges of raising a child with autism and aggressive behavior.

Putting aside these particulars, the case provides an opportunity to consider aggression in autism. While extreme, the behaviors that Issy displayed are consistent with those seen in some people with autism: They lash out, often in moments of anger or frustration, often at caregivers and family members.

This is a major source of stress for families. Some parents worry about their safety and that of their other children. There is also misplaced concern among the general public, particularly in light of another high-profile case: that of Adam Lanza.

Lanza, who in 2012 shot and killed his mother, 20 elementary school children and 6 school staff members before killing himself, reportedly had a diagnosis of Asperger syndrome. As a result, much of the media attention surrounding the tragedy focused on a possible connection between autism and violence.

There is little empirical evidence for such a connection. In fact, aggression in children with autism tends to be impulsive, vastly different from the premeditated murders Lanza carried out.

Though some people with autism are aggressive to themselves and to their caregivers, we have no reason to think that autism leads to intentional violent behavior. However, given that individuals who dwell on anger may be more prone to aggressive behavior,it is worth considering whether the relationship between anxiety, anger rumination and aggression might also extend to violence in some individuals with autism.

It’s also important to consider that autism is not the only vehicle to social isolation and anger rumination. People with depression, schizoaffective disorder and social phobia also experience these phenomena. In fact, aggression has been more consistently linked to these types of psychiatric disorders than to autism.

Rather than focusing on whether autism and violence are connected, we believe that it is far more useful to look for ways to ease aggression in individuals with the disorder. These new studies suggest that alleviating problems with sleep, attention or anger rumination might be a first step.

Katherine Gotham is assistant professor of psychiatry at Vanderbilt University in Nashville, Tennessee. Jennifer Richler is a freelance science writer based in Bloomington, Indiana, who holds a Ph.D. in clinical psychology.