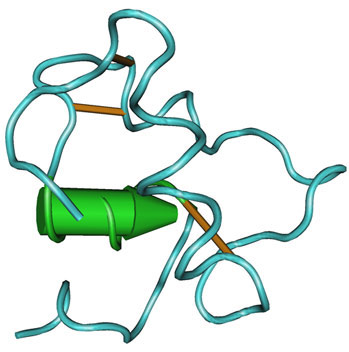 A small clinical trial at the Seaver Autism Center at Mount Sinai School of Medicine in New York aims to test whether an existing drug, the hormone insulin-like growth factor 1 (IGF-1), can treat some of the core symptoms of autism in children with a specific genetic mutation.

The children in the study have Phelan-McDermid syndrome, a disorder caused by a small deletion on one end of chromosome 22 and characterized by intellectual disabilities, sleep disorders and seizures. The deletion knocks out the function of an autism-related gene called SHANK3. About 80 percent of people with the disorder have autism — it’s this subgroup that will be the focus of the trial.

Because IGF-1, commonly referred to as a ‘growth hormone,’ is already approved for use in children, the team was able to get rapid approval to test it for Phelan-McDermid syndrome and autism. Researchers have so far enrolled three children, who will each get the drug for 12 weeks and a placebo for 12 weeks.

The study won’t be the first to test IGF-1 in an autism-related disorder. The hormone is also in clinical trials for Rett syndrome.

The Seaver Center trial was inspired by research from Joseph Buxbaum’s team showing that IGF-1 can improve autism-like symptoms in mice lacking SHANK3.

Mice lacking this protein have problems with long-term potentiation, a molecular phenomenon often used as a proxy for learning and memory. IGF-1 reverses these deficits in mice, and alleviates their motor problems.

The researchers also have approval to test the drug in children with autism who don’t have mutations in SHANK3, a trial they haven’t yet started.

“The drug is very expensive,” lead investigator Alex Kolevzon, the Seaver Center’s clinical director, told a group of parents at a gathering at Mount Sinai earlier in June. “We hope to use early positive results to get additional funding.”