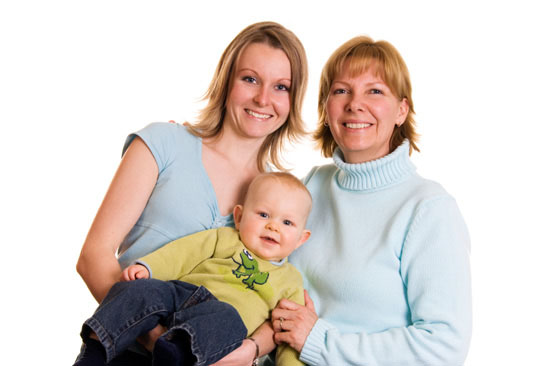 Some studies have suggested having an older father as a risk factor for autism, and others have implicated older mothers. A study published last month in PLoS One fingers a new culprit: the maternal grandmother.

According to the study, the older a grandmother was when she bore her grandchild’s mother, the greater the child’s risk of autism.

The researchers collected data from the Avon Longitudinal Study of Parents and Children (ALSPAC), which began in 1990 and enrolled nearly 14,000 pregnant women in the U.K. to study how genetic variation and environmental factors affect health outcomes in their children. A total of 86 of the children were diagnosed with autism.

When the investigators looked at the risk of four traits highly associated with autism diagnosis, only the age of the maternal grandmother — and not of either parent — turned out to be important.

Caveats are clearly in order: The study is small and the magnitude of the effect is modest: a child has a 17 percent higher risk of being in the worst tenth of each autistism trait measured for each ten-year increase in the age of the grandmother when pregnant.

If this finding is confirmed, it complicates an already puzzling body of literature, but the researchers propose a testable hypothesis. Older women might be less effective at eliminating germ cells that have a higher burden of de novo deletions, resulting in more heterozygous deletions in their daughters.

The intact remaining alleles in the daughters’ germ cells might be silenced by methylation, but if any of the deletions confer increased risk of autism, all of the daughter’s children would inherit a risk allele (whether by deletion or by silencing).

This scenario makes a prediction: In a family segregating a deletion predisposing to autism, any affected members who do not carry the deletion should have the other allele silenced by methylation. There are several such pedigrees that could be tested in this manner and, though the authors don’t make note of it, one already passes the test.

Last year, Margaret Pericak-Vance and her colleagues described a family in which the child with autism has a deletion eliminating the gene encoding the oxytocin receptor. His affected sibling does not carry the deletion, but shows hypermethylation of regulatory sequences near the gene.

Cancer researchers have identified a few examples in which epigenetic silencing, rather than mutation, is the ‘second hit’ that leads to disease. Autism researchers should take a closer look at the mechanism to see if it explains the pattern of disease occurrence in some families.