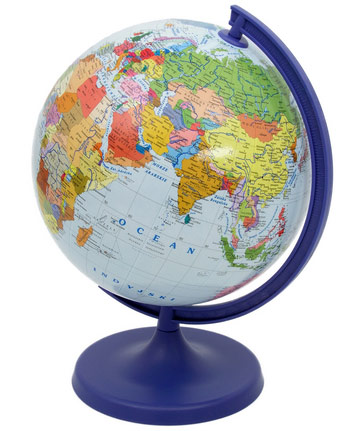 The vast majority of our knowledge about autism genetics, prevalence and interventions comes from studies in wealthy countries, such as the U.S. and the U.K.

But autism researchers are beginning to turn their attention to other parts of the world. Two reviews published on 17 May in Autism Research sketch out a road map for identifying and treating autism in these so-called low- and middle-income countries.

One, an editorial penned by two dozen researchers and clinicians, ties autism to global efforts to lower the burden of mental health conditions. The authors — a truly global group, representing 11 countries on 5 continents — call for research on autism genetics and risk factors, early identification and intervention, and raising awareness and combating stigma associated with the disorder.

None of that is surprising or new. But the group also notes that it’s not enough to simply import researchers, training and interventions from wealthier countries. For example, study participants may not trust researchers from other countries, so building local scientific capacity is key. Diagnostic instruments and interventions must be simple and feasible to be useful with the limited resources available.

The second report gives a glimpse of how this might all work in practice. It describes the Global Autism Public Health Initiative, which was launched in 2008 by the research and advocacy organization Autism Speaks and now operates in more than 20 countries. The initiative brings together government representatives, local medical professionals, international experts, and advocates from both local groups and Autism Speaks to craft policies and programs for autism awareness, research and services in each country.

Case studies of the program in two countries illustrate the range of conditions in these countries: Albania, a country of just under 3 million that has applied for membership in the European Union, and Bangladesh, with more than 142 million inhabitants and a per capita income of just $641.

In Albania, the program has been live since 2008. The group has translated several screening and diagnostic instruments, as well as two textbooks about autism, into Albanian and is training professionals to deliver early intervention services.

The initiative in Bangladesh was launched in July 2011, kicking off with a three-day training course for parents and professionals as part of a conference on autism in South Asia.

Promising activities are unfolding in other countries as well. In India, for example, the program is supporting the development of a screening tool for autism and other developmental disabilities.

This is especially intriguing because almost all existing autism studies in resource-poor countries are based on diagnostic instruments developed in English for a U.S. or western European cultural context. Translating and, especially, adapting these instruments to a different language and culture is time-consuming and can be difficult. It will be interesting to see how a ‘home-grown’ questionnaire fares — and whether it is a more efficient way to effectively identify people with autism.

One of the big answers that researchers hope to gain from these initiatives is the true global prevalence of autism. Early studies in a given country often find a low prevalence because it is based on known cases and the disorder is underdiagnosed. But there are hints that some areas may have high numbers: A study in South Korea, for example, found a prevalence of 2.65 percent, more than double the number in the U.S.

And that’s just the first step. Finding people with autism but not being able to help them is a tragedy, whether at home or abroad, so rolling out effective, practical interventions is also central to the cause. Both papers call out the potential benefit of “task-shifting,” or training parents and community members rather than specialists, to deliver evidence-based interventions. That’s an approach that would be helpful everywhere, even here in the U.S.