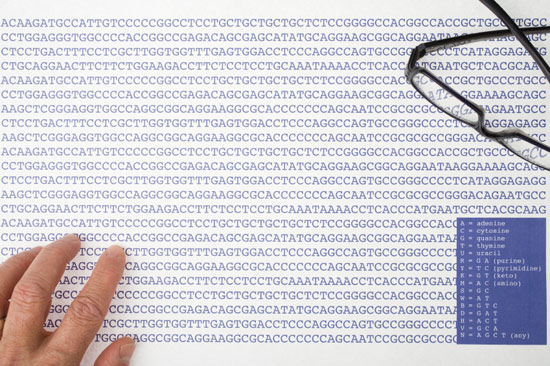 When I hear about parents who swear that their child with autism improved on an alternative, restricted diet, I immediately assume it’s a placebo effect. Diet-based treatments have not been rigorously tested and don’t work for most people with the disorder.

But that doesn’t mean there isn’t another explanation.

Autism is a heterogeneous disorder, meaning that it can result from a wide variety of genetic and biological insults, alone or in combination. It may be that restricted diets only work for children with certain mutations in metabolic pathways. But how would we know whether a particular child carries those sorts of mutations?

A new study, published 15 June in Science Translational Medicine, is an encouraging example of how our genes can point the way to effective treatment. The key to unraveling this map, the researchers suggest, is sequencing people’s entire genomes, not just the genes we already think might be involved.

The researchers examined a pair of 14-year-old non-identical twins diagnosed with dopa (3,4-dihydroxyphenylalanine)-responsive dystonia, or DRD, a movement disorder with symptoms similar to those of Parkinson’s disease. Like autism, DRD is both genetically and clinically complex: There are multiple genes associated with DRD, and several individuals have the disorder with no known genetic cause.

When the researchers sequenced the genomes of the twins and their family, they did not see a mutation in either of the two genes that traditional DRD tests scan.

Instead, they identified all the genetic variants shared by the twins, and then eliminated variants that don’t change the protein sequence, and common ones that are not likely to lead to disease.

They did not find any variants that affect both copies of a gene, but identified three genes that each have two different variants, one for each allele.

One of these, sepiapterin reductase, or SPR, had already been fingered in two families with the disorder, but at the time tests for DRD didn’t include the gene.

And here’s the best part: A mutation in SPR suggests an obvious course of action because it affects the production of both dopamine and serotonin.

When the researchers gave the twins 5-hydroxytryptophan, or 5-HTP, a serotonin precursor, both improved markedly within four months. One of the two returned to playing sports after an absence of 14 months.

Yes, the researchers were lucky. The variant they identified had already been linked to the disorder, and there was an obvious treatment.

But I can think of several examples where ‘luck’ could similarly help individuals with autism.

Studies have found that metabolic syndromes can sometimes lead to autism-like symptoms. For example, phenylketonuria, caused by an extreme sensitivity to the amino acid phenylalanine, is an easily treatable disorder that can have profound cognitive consequences if left undiagnosed. In these rare cases, whole genome sequencing could identify and treat individuals with autism who have metabolic disorders.

Several researchers advocate for routine, clinical whole-genome sequencing. I couldn’t agree more. For a disorder that is so mind-spinningly complex, any information is a good thing.