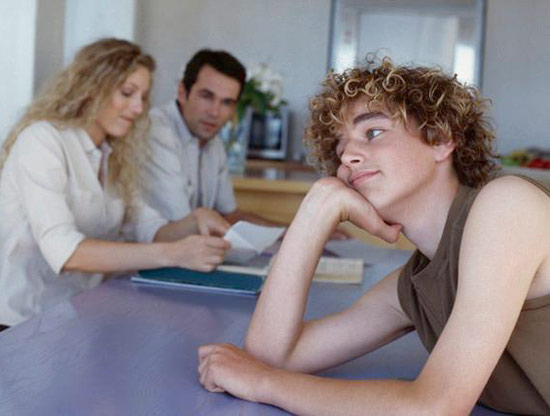 Parents and children often disagree about what’s best for the children. So it comes as no surprise that children with autism think differently about a critical issue — what it means to be diagnosed with autism — than their parents do.

According to a new study of ten families in the U.K., parents expect that the diagnosis will give their children access to better educational opportunities and services such as speech and occupational therapy. But the children, aged 9 to 16, see few advantages to a diagnosis of autism or Asperger syndrome and seem eager to distance themselves from it.

Unlike adults with Asperger syndrome, who have had time to accept the diagnosis and, in some cases, to embrace their identity as ‘Aspies,’ youngsters find little to celebrate in their status.

The small study is among the first to explore these differing perceptions, and the researchers plan to evaluate their findings in a larger group.

The families had all spent years seeking a diagnosis for their children. Researchers interviewed the parents and children separately at home.

According to the parents, the greatest benefit of a diagnosis is a deeper understanding of their child and the ability to explain their child’s behavior to others. Some also said they feel less guilt about their child’s difficulties knowing it is not because of their parenting, and appreciate the opportunity to interact with other parents of children with autism.

They also view the diagnosis as an enormous help in getting schools to meet their child’s needs. Some even described it as a ‘weapon’ or ‘ammunition’ in their on-going battles with local school districts.

The children saw things differently. Most showed a distinct lack of interest in their diagnosis, and said it hasn’t made a difference at school.

Only two of the children reported feeling different from their peers. However, most worry either that their classmates will treat them differently after learning about the diagnosis or already do treat them differently. One boy said that he is seen as ‘the weird kid’ by students who know he has autism.

Given the Lord of the Flies atmosphere of middle school — where differences of any kind are often cruelly mocked — this is not surprising. Another new study from Canada shows that children with autism are at greater risk of being bullied at school than their typical peers.

Classroom bullies are not likely to distinguish the difference between Asperger syndrome and high-functioning autism when choosing a target. The distinction also seems meaningless to the parents and children in the U.K. study. Both seemed confused about the difference between Asperger syndrome and autism, and, with one exception, said there isn’t much difference in being diagnosed with one or the other.

Over the past decade, many adults with Asperger syndrome have claimed their identity as ‘Aspies’ with pride, promoting neurodiversity as beneficial to society.

The new study suggests that children with Asperger syndrome may need to outgrow their need to fit in with peers — a trait they share with typically developing kids — before they can view autism as a blessing, rather than a burden.