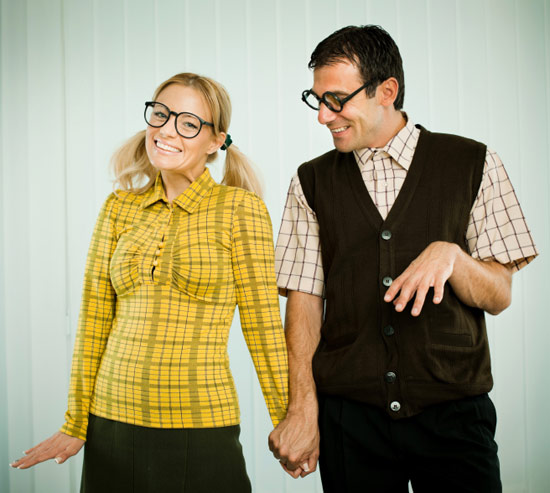 In the 1990s, autism rates skyrocketed throughout the world, more in some regions than others. One hotspot was Silicon Valley in California, home to many large technology companies, leading some researchers to propose that geeks — engineers, scientists and computer programmers — are more likely than others to have a child with autism.

The researcher who proposed this provocative idea, Simon Baron-Cohen, is reporting another autism hub in an information technology-rich region in the Netherlands.

Baron-Cohen argues that the finding is consistent with his ‘extreme male brain‘ hypothesis, which holds that autism is an extreme form of the typical male brain. According to Baron-Cohen, the male brain prefers to ‘systemize,’ to build systems and analyze how they work, whereas the female brain tends to empathize with other people.

In techy cities with an abundance of both male and female systemizers, the theory goes, there are likely to be more children with autism than average.

Many experts have been smartly skeptical of this interpretation, pointing out several methodological factors that could have influenced the results.

In the new study, Baron-Cohen’s team analyzed survey responses from 369 schools in three different Dutch regions: Eindhoven, which is known for its tech industry, and Haarlem and Utrecht, which have demographic similarities to Eindhoven but do not have a significant tech bent.

The team found that, based on school records, 2.3 percent of students in Eindhoven have a diagnosis of some type of autism. That’s much higher than the 0.84 percent in Haarlem and 0.57 percent in Utrecht. The surveys showed no such differences in the rates of attention deficit hyperactivity disorder or dyspraxia, a motor disorder.

The researchers note that the three cities have many similarities, such as population size and average household income. They assume that the difference in autism numbers is the direct result of Eindhoven’s systemizing population.

But this is where I strongly disagree. The higher rate could equally be because of some other factor that separates Eindhoven from the other two cities — a quirk of its educational system, such as a higher awareness among its teachers of autism, or its population density or, who knows, its frequency of neighborhood block parties. As the blog Neuroskeptic points out, the researchers could strengthen their argument if they repeat the same analysis in several different tech regions.

Even if the results were to hold up in tech-heavy regions the world over, it would still be a big leap to say that the higher prevalence is because of more people with ‘systemizing’ brains.

It could be, for instance, that tech-savvy parents are better educated than average, and more likely to seek a diagnosis of autism. Or it could be a self-fulfilling prophecy, with engineers and scientists looking for warning signs because they’ve heard of this hypothesis.

In any case, we may know more soon. Baron-Cohen and his team are planning a more thorough study in which, rather than relying on school records, they will go out into communities and screen for autism with standard tests. They also plan to look closer at social, economic and ethnic factors, and measure rates in tech hubs in other countries.