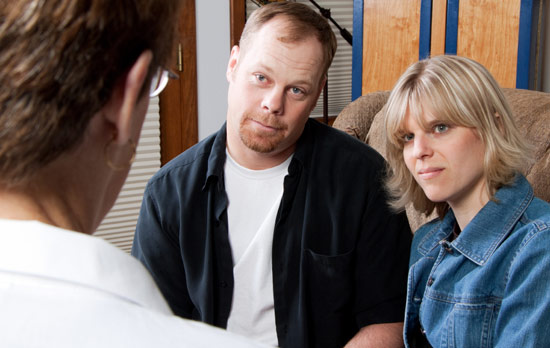 Mating is a game of genetic roulette — with very high stakes. Most people carry two to three recessive mutations in their genome, and the odds of producing a child with a genetic disorder skyrockets when two people share the same mutation.

Still, few people know what mutations they carry and, apart from a handful of inherited childhood diseases — cystic fibrosis, Tay-Sachs disease, and fragile X syndrome among them — preconception screening for genetic mutations is rare. That may be about to change.

Researchers at the National Center for Genome Resources in Sante Fe report that they have developed a preconception carrier test, capable of screening hundreds of DNA samples simultaneously for 448 severe recessive childhood diseases. Two other research groups have shown that fetal genotype can be determined by drawing just 10 milliliters of blood from a pregnant woman.

This is genetic screening for the masses — fast, cheap and easy.

So is the new Personal Genome Machine, a tabletop gene sequencer that sells for just $50,000, one-tenth the price of the behemoths used in university laboratories. Created by engineer Jonathan Rothberg, this machine — or something like it — may one day become as common a diagnostic tool as the stethoscope or otoscope: instead of peering into your ears, a doctor may sequence your virus, or your cancer, or your whole genome.

In the not too distant future, say Rothberg and his competitors, it will be possible to download your genome onto your iPod (or something like it) for $1,000 or less. Talk about a must-have app.

The new technologies are fueling a debate in scientific journals about the consequences of all this information. “These studies shine a new light on old ethical, legal and social concerns associated with genetic technology and deserve careful discussion,” says Science Translational Medicine. A Nature editorial notes that moving genetic testing from rare to routine will raise “hard questions about, among other things, abortion, disability rights, eugenics and informed consent.”

But two new studies show that people don’t seem all that anxious or distressed when genetic screens reveal their elevated risk of developing diseases, such as obesity, diabetes, Alzheimer’s disease and some cancers.

Few bothered to change their diet or exercise habits even when told that those steps might lower their risk of developing certain diseases. In fact, people seem willing to pay for genetic testing even when the results show them to be at a higher risk for conditions with no known treatments.

Though neither study polled individuals on preconception screening, it seems likely that this desire for more information will extend to reproductive choices as well. In the genomic age, it seems, information — not ignorance — is bliss.