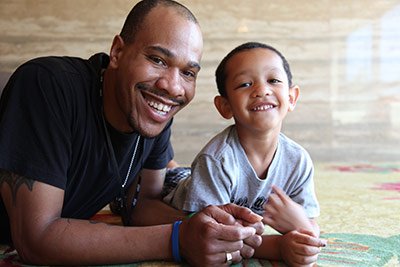 Fragile X syndrome is the leading cause of inherited intellectual disability and often autism, but most people who work with special-needs children lack basic knowledge about the syndrome, according to a new study published in the August issue of Intellectual and Developmental Disabilities.

The study surveyed 439 behavioral therapists, psychologists, special education teachers and speech-language pathologists. The participants filled out a 28-item questionnaire while at conferences related to special-needs or gifted children in 2007 or 2008.

Although 70 percent of the participants said they work with children who have autism or other developmental disabilities, their familiarity with fragile X syndrome was spotty.

For example, only 25 percent knew that most boys with fragile X have large ears or that they often flap their hands. Only about 30 percent were aware that 1 in 20 children with autism also have fragile X syndrome.

Their responses on how to support children with the syndrome also leave something to be desired.

About half of the participants agreed that they should connect parents of children with autism to genetic testing services, for instance. But only 56 percent were aware that a simple DNA test would be able to tell whether a child has fragile X, which is a common cause of autism. About 75 percent admitted they never or only occasionally try to pinpoint the origin of a child’s autism.

Interestingly, 16 percent of the participants in the new study mistakenly said that fragile X syndrome can be diagnosed using criteria in the Diagnostic and Statistical Manual of Mental Disorders. About 20 percent incorrectly said that the disorder can be diagnosed by looking at a child’s physical features, or using brain scans or a diagnostic test such as the Autism Diagnostic Observation Schedule.

Familiarizing themselves with the telltale signs of the disorder — such as an elongated face, gaze aversion and hand-biting — may help these professionals recognize it more readily. If they suspect a child has fragile X syndrome, they could then suggest genetic testing.

Once they verify that a child has fragile X syndrome, they can create appropriate support plans. For instance, therapists usually encourage children with autism to make eye contact, but that may be overwhelming for children who have both fragile X and autism, who are easily overstimulated.

There’s no dearth of resources for these professionals to learn about the disorder. About 70 percent said they had never requested information about fragile X syndrome, and only 7 percent have attended conferences on the disorder. But that may change as their awareness increases.