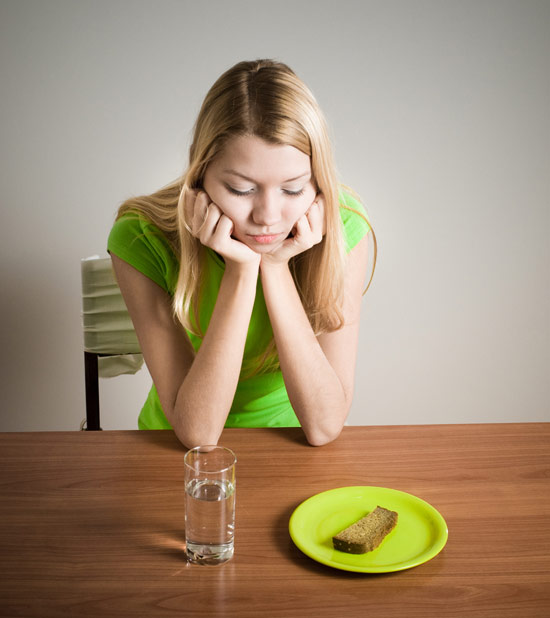 Anorexia, an eating disorder defined by the obsessive fear of gaining weight, is often perceived as a woman’s disease, though there are men who suffer from anorexia, too. The reverse is true of autism, which is at least four times more prevalent in males than females.

However, studies have shown that individuals with these disorders, whatever their gender, share certain characteristics. Like people with autism, individuals with anorexia have an impaired ability to understand the thoughts, feelings and intentions of others. They also have difficulty with emotion recognition and weak central coherence: an intense focus on details that makes it impossible to link information into a coherent whole.

A new study, published in the September issue of the British Journal of Psychology, reports that youngsters who score higher than average on a screening tool for symptoms of eating disorders also show features of autism.

The researchers administered two tests to 132 British schoolchildren, aged 11 to 14 years — the Eating Attitudes Test, or EAT-26, a 26-item questionnaire measuring attitudes and behaviors associated with eating disorders, and the Autism Spectrum Quotient, a 50-question screening tool that assesses five different skill sets known to be impaired in autism.

Girls score significantly higher than boys on EAT-26, which includes statements such as ‘I find myself preoccupied with food’ to assess behaviors related to dieting, anorexia and bulimia. Participants rate each statement on a six-point scale, ranging from ‘always’ to ‘never.’

In the study, those scoring higher than average on the eating disorders test also garnered high scores on certain measures of the Autism Spectrum Quotient. They were particularly challenged on the aspects of the test that assess weak central coherence, showing much higher levels of attention to detail than those who scored lower on EAT-26. These findings confirm those from an earlier study of adult women with anorexia.

The researchers speculate that perhaps autism and anorexia have a similar origin, but females may be more likely to focus their obsessive and repetitive behaviors around eating.

Researchers have reported high rates of anorexia in the extended families of children with autism and higher than expected prevalence of autism spectrum disorders among parents of anorexic teenage girls. So it’s not outlandish to suggest that there are biological links between the two disorders.

Anorexia tends to be viewed as a psychiatric, rather than organic, disorder. Girls and women with anorexia are thought to be controlling, perfectionistic and overly obsessed with media representations of thin celebrities. But perhaps they are no more nor less in control of their repetitive, ritualistic behavior than males and females with autism.