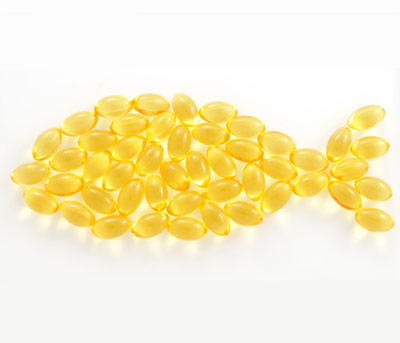 With just two prescription drugs approved to treat the symptoms of autism, it’s no wonder that an estimated three-quarters of children with the disorder have used complementary and alternative medicines, from massages and biofeedback to vitamins and other dietary supplements.

Among the most popular supplements touted for autism are omega-3 fatty acids, which are thought to help correct a deficiency in children with the disorder. But few rigorous studies have tested their effectiveness. The evidence so far suggests that omega-3 fatty acids don’t improve social interactions, communication, repetitive behaviors, hyperactivity or irritability, according to a report published 9 November by the Cochrane Database of Systematic Reviews.

Omega-3s are unquestionably important for normal growth, metabolism and a healthy immune system. The body doesn’t make these fatty acids, so they must be absorbed from foods such as fish oils and flaxseed. It’s well known that people who don’t get enough of the fatty acids have a higher risk of heart and inflammatory diseases.

What’s less clear is their role in the brain.

For example, a 2005 study published in Pediatrics focused on children with developmental coordination disorder, a condition characterized by motor deficits and learning difficulties. The study found that omega-3 fatty acids lead to significant improvements in reading, spelling and behavioral problems in children with this disorder.

However, for other neurodevelopmental conditions, including attention deficit hyperactivity disorder, dyslexia, schizophrenia and autism, the evidence is spottier: Some studies show benefits, but others don’t.

The new Cochrane review searched a dozen medical databases for carefully designed trials that tested any dose or type of omega-3 fatty acid supplements in individuals with autism of any age.

As of June 2010, just two studies met the researchers’ criteria. The review excluded six other studies because they did not place participants into random treatment groups, did not have a control group or did not treat the control group with a placebo.

The two studies that made the cut included just 37 participants aged 3 to 17 years. After combining results from both studies, the review found no statistically significant differences between treatment and placebo for any symptom of autism, using several tests, including the Aberrant Behavioral Checklist, Social Responsiveness Scale and Peabody Picture Vocabulary Test.

With so few studies and such small numbers, it’s hard to say anything definitive about these supplements, and the authors say as much. At low doses, the supplements have few, if any, side effects, however, so for parents, the question may boil down to whether they want to spend $20 a bottle on something that may not work.

Happily, there may be more answers in the next year or two, as results from four large ongoing trials testing the supplements are published.