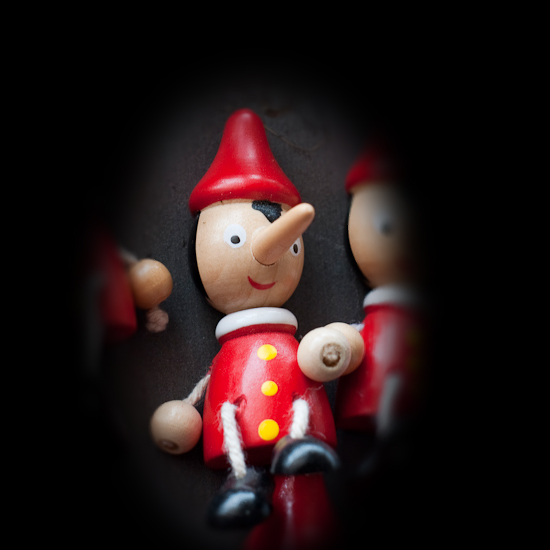 George Washington’s first biographer probably invented the story of the cherry tree with the famous punch line (“I cannot tell a lie”) that has bamboozled generations of American schoolchildren. Parents of children with autism have made the same claim about their own offspring — but it seems that they too may have been duped.

Implanting a false belief — essentially, lying — requires an effective understanding of what’s going on in another person’s mind, a bit of mental jiu-jitsu that has been commonly assumed to be beyond the ken of most individuals with autism.

People with autism have well-known difficulties interpreting other people’s thoughts, desires and intentions, and that has given them a reputation as inveterate truth-tellers.

Now comes evidence that higher-functioning children with autism can and do lie, both to protect the feelings of others and to cover up their own transgressions. What they are not so great at is covering up the initial lie — when pressed, they aren’t able to maintain the deception.

A group of Canadian researchers undertook a series of experiments with 19 children with autism and 30 typically developing children between 5 and 12 years of age from middle-class families in Southern Ontario. First, a researcher asked the children not to look at a hidden toy, and then left the room. When the researcher returned to the room, she asked each of the children whether they had cheated and looked at the toy.

Unexpectedly, 14 of the 15 children with autism who peeked at the toy lied about it afterwards — an even higher proportion than that of typically developing kids. When the researcher followed up the initial query with the kind of ‘what’ and ‘why’ questions familiar to any parent trying to get to the bottom of a fishy tale, most of the typically developing kids who had lied in the first place stonewalled by feigning ignorance. Conversely, all but one of the children with autism gave the correct answer, unwittingly revealing that they had peeked.

In the ‘white lie’ test, the researchers had the children play a guessing game and asked each child which of four potential prizes they liked the best and least — the prizes being three cool toys and a bar of soap. Two of the children with autism were unexpectedly fond of the bar of soap, but that’s not the point. After winning the game, each child was given the prize they liked least (usually the soap) and then asked if he or she liked the prize.

Once again, a higher percentage of children with autism than of typically developing children said they liked the soap. Intriguingly, the children with autism who lied about peeking at the toy in the first test lied more convincingly about the soap in the second test, saying ‘I like my prize’ or something similar, rather than just nodding. This was not true of the typically developing group.

The researchers speculate that some children with autism learn to lie to avoid getting in trouble. In that, they seem perfectly normal.