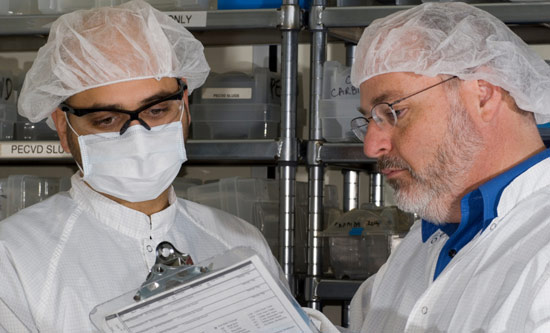 In the world of Skype, instant messages and tweets, face-to-face interaction is still the best route to discovery. According to an intriguing study published in December, the smaller the distance between collaborating researchers, the more likely their article is to be cited by others.

Being nearby can also help uncover surprising insights, something a group of autism researchers discovered earlier this month.

Looking at articles published between 1993 and 2003, researchers saw that the closer the first and last author, the more likely their study was to be cited, which is considered a measure of its impact on the field.

Interestingly, a paper also earns more citations if it has more authors overall, regardless of the distance between them. Because a greater number of authors generally suggests that more people have worked together on the project, this trend is a reminder of an obvious point, but one that is often forgotten: collaboration is productive.

Nowhere is the importance of working together more relevant than in autism research, which brings together what some might consider incongruent areas: molecular neuroscience, cognition and behavior, genetics and child psychology, among others.

At a SFARI.org workshop on autism mouse models last month, Jacqueline Crawley, chief of behavioral neuroscience at the National Institute of Mental Health, called for more collaboration between clinicians and mouse behaviorists. Although these two groups rarely interact, who better to decide whether a mouse behaves like someone with autism than those who treat those individuals every day?

Mouse models of autism can also be used to illustrate how a lack of collaboration holds back scientific discovery.

Mice with the same autism-associated mutation can show distinct behaviors in different laboratories, which could be the result of genetic backgrounds, how the mice are housed and handled or how the mutation is constructed. But for these details to emerge, the researchers need to talk to one another.

At a Phelan-McDermid meeting held in March, it was exactly this sort of “lively discussion” that revealed why different groups have found contradictory results from mice lacking SHANK3, an autism-associated gene.

Meetings like this might be key for a disparate field like autism. Animal behaviorists and child psychiatrists might not be able to work side by side, but they should at least talk to one another — webcam- and keyboard-free.