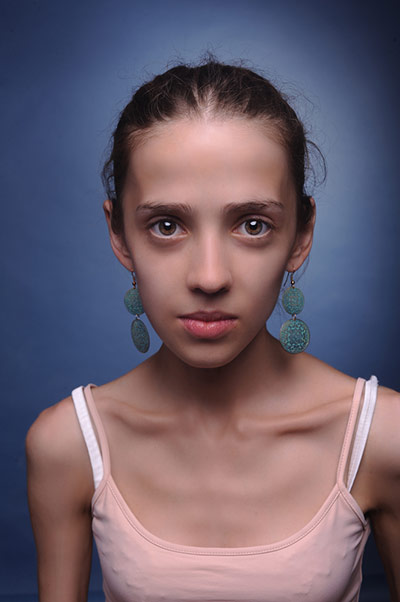 At first glance, autism and anorexia seem like entirely different disorders. A closer look, however, shows that just as people with autism have restricted interests, those with anorexia — people who do not eat enough to maintain a healthy body weight — are obsessed with food intake.

Both groups have atypical anatomy in the social areas of their brains and difficulty switching between tasks. People with autism or anorexia also have trouble recognizing emotions in other people, but excel at paying attention to detail on embedded figure tests. And, of course, children with autism are notoriously picky eaters.

Given these similarities, it may come as no surprise that people with anorexia show signs of autism. A study published 31 July in Molecular Autism reports that teenagers with anorexia show more traits of the disorder compared with the general population.

A second study, published in the September issue of European Eating Disorders Review, included people with anorexia or bulimia, a disorder in which people binge-eat and then vomit or use laxatives to try to prevent weight gain. It found that people with these eating disorders are more likely to have autism diagnoses than controls are.

A 2011 study of 22 women with anorexia and 45 controls also found that individuals with anorexia are more likely to display features of autism. The new study is more robust, with 66 teenage girls who have anorexia and 1,609 controls, aged 12 to 18 years.

Teenagers 16 years or older filled out questionnaires assessing their autism traits, level of empathy and the need to systematize — a drive to create systems with rules. For participants aged 12 to 15, their parents filled out the surveys.

The parents of the younger girls with anorexia reported lower levels of empathy in their children than did the parents of age-matched controls. The older girls reported feeling as much empathy as the controls, however.

Both age groups show more of a tendency to systematize than controls do, creating complex rules for what they can and cannot eat.

The European project, a review of eight studies, found an increased prevalence of autism in people with anorexia or bulimia than in controls. Six of the studies are on the same group of 51 Swedes, using data gathered throughout their lives.

The studies in the review paint a disheartening picture of life with an eating disorder and autism. One 18-year study found that people who have anorexia and autism traits have poor life outcomes, such as unemployment.

It’s unclear if autism characteristics are inherent to people with eating disorders, or if they develop them because they are starving themselves. One study found that theory of mind, the ability to understand another person’s perspective, returns when individuals receive more nutrition, suggesting it may be an effect of eating less.

The prevalence of an autism diagnosis in the eight studies, ranging from 1992 to 2011, varies from an 8 to 37 percent — much higher than the 1 percent in the general population.

Both new studies suggest that tailored interventions may benefit people with eating disorders and autism or with traits of autism. For example, therapists may get better results if they focus less on empathy and more on systems, which individuals with anorexia may relate to more, the researchers say.