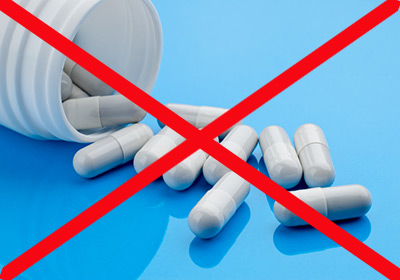 Following disappointing results from two clinical trials, the Swiss pharmaceutical company Novartis announced on 24 April that it will stop development of mavoglurant, a drug candidate for fragile X syndrome.

This marks another dead end in the search for fragile X syndrome treatments. The single-gene disorder is the leading cause of inherited intellectual disability and accounts for about 5 percent of autism cases.

Less than a year ago, the Massachusetts-based company Seaside Therapeutics stopped clinical trials for arbaclofen, another candidate drug for fragile X syndrome. Researchers designed the drugs to alleviate behavioral problems such as social withdrawal in people with the disorder.

People currently taking mavoglurant, also know as AFQ056, can continue to do so until August or their next visit to the doctor, whichever comes first, according to Novartis.

“That gives us some time to work things through with families,” says Elizabeth Berry-Kravis, who led one of the trials. “It hasn’t been as bad an experience as what we had with Seaside’s trial that ended [abruptly] last year.’”

Mavoglurant acts as an antagonist of mGluR5, a receptor for the chemical messenger glutamate, which mediates excitatory signals in the brain. There is some evidence that glutamate signaling is overactive in the brains of people with fragile X.

The drug’s use in mouse models of fragile X showed promising results: Long-term treatment improved social behavior and increased the length of dendritic spines, the signal-receiving branches of neurons.

People taking the drug had less encouraging outcomes, however: Mavoglurant did not significantly reduce irritability, hyperactivity or lethargy in either adults or teenagers compared with the placebo, says Katrina Lucking, communications officer at Novartis. The trial did not measure other effects, such as changes in communication skills or cognition.

Novartis first tested the drug in 175 adults with fragile X, aged 18 to 45 years. In this 12-week study, neither the participants nor the researchers knew whether a particular participant received mavoglurant or the placebo.

A second 12-week study examined 139 adolescents with fragile X syndrome, aged 12 to 17 years, using the same parameters. As in the adult study, the drug performed no better than the placebo.

Despite the underwhelming results, many researchers say they still believe that targeting mGluR5 makes sense for treating fragile X syndrome, says Jeffrey Cohen, interim executive director of the National Fragile X Foundation, an advocacy group based in Walnut Creek, California. It’s possible that the three-month studies were not long enough to show benefits, or that the drug may work in younger children, he adds.

What’s more, participants tolerated the drug well and the researchers did not identify any safety concerns.

Novartis plans to release more detailed results of both clinical trials at the Gordon Research Conference in June and at the National Fragile X Foundation’s meeting in July.