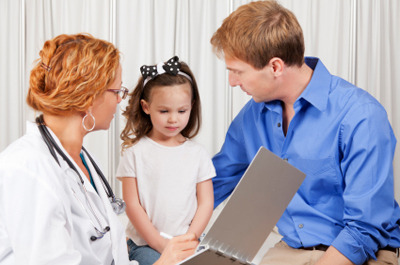 Should autism researchers offer genetic information or clinical services to participants in their studies, once the work is done?

That depends on how clear the information is: Most researchers say they would share results of clinical significance, but a much smaller proportion feel obligated to do so when the significance is uncertain.

More than half of autism researchers working in North America and Europe say they feel obligated to give participants individualized information that isn’t easily accessible to the general public, according to a Canadian study published 17 May in the Journal of Genetic Counseling. What’s more, nearly half feel compelled to direct the participants to additional services or information.

Neither Canada nor the U.S. legally requires researchers to disclose genetic results to participants. Canadian policy recommends that researchers relate any information of “material” importance to participants, but those calls can be difficult to make if science hasn’t determined which genetic differences pose a significant risk.

The U.S. doesn’t have a formal policy, but the 2009 statement from the National Heart, Lung, and Blood Institute Working Group suggests that researchers share genetic results with participants if they have said they want to be contacted, the test is valid, and if the findings indicate substantial health risks that can be treated.

Researchers who use samples from tissue or DNA biobanks should contact participants with these results even if the study is unrelated to the reason they donated the specimens in the first place, says a 2012 consensus statement by the National Institutes of Health.

Upwards of 80 percent of researchers said they would share results when they are clinically useful or meaningful to participants. In contrast, only 15 percent said they have an obligation to report results, even if the clinical implications are unclear.

In follow-up interviews with 23 researchers, many said they are happy to release data or connect participants with medical care. However, others said that tensions arise when families expect services or referrals in return for their participation.

One researcher noted that some study participants may benefit from referrals to specialists or care that would not otherwise be available to them.

“It does set up an interesting situation where families who participate in research, in some respects, are receiving a different level of care,” the researcher said.

Some researchers caution that if reporting results becomes viewed as the standard of care, it could put those who do not disclose information at risk for lawsuits. It is important to understand the limits of genetic research and, if necessary, separate it from clinical care, the researchers caution.