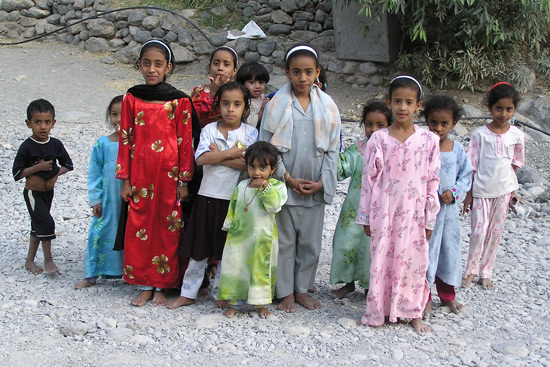 When even American film critics can casually cite the 1 in 150 rate of autism in the U.S., it is sobering to realize that in some countries the prevalence of the disorder is basically unknown. So it is in the Sultanate of Oman, an affluent nation hugging the Arabian Sea.

Most of Oman’s citizens are Muslims, and there is evidence that some adherents of Islam view autism as a spiritual gift, rather than a condition requiring medical attention.

Despite the low numbers overall, the ratio of boys to girls diagnosed with autism is 3:1, consistent with that of other countries.

Bordered by Saudi Arabia, Yemen and the United Arab Emirates, Oman has a population of 3.5 million, nearly half of whom are below the age of 15. Oman has only one hospital with a child psychiatry unit in its capital, Muscat, and eight social centers for children with special needs spread over its 310,000 kilometers, much of it desert.

The majority of Omani children diagnosed with an autism spectrum disorder live in urban areas, and most are in Muscat.

The researchers note the limitations of their study — they used medical records, rather than school-based assessments (there are none) or a population-based sample. But they also acknowledge that parents may lack awareness of autism, and that accessing treatment poses overwhelming logistical challenges to families outside of cities.

Oman’s Ministry of Health is planning to establish child psychiatry units in four regional hospitals and replace the 65-bed psychiatric hospital in the capital with a new facility. It’s possible that the number of children diagnosed with autism in Oman will rise slightly in tandem, though I doubt it will spike as dramatically as that of another warm, sunny place — California.