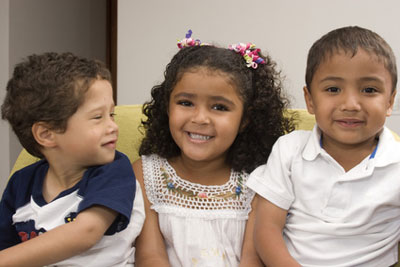 A large assessment of autism and developmental delay in children in California, published 1 August in Autism, suggests that many Hispanic children are going un- or under-diagnosed. The analysis has the largest proportion of Hispanic children in an autism study to date, the authors say.

A number of studies assessing autism prevalence among different ethnic groups suggest that Hispanic children tend to have lower rates of the disorder. But rather than a true difference in prevalence, this difference is likely to be the result of disparities in access to healthcare and other services.

For example, Hispanic children with autism are diagnosed later than white children and must visit the doctor more often before they are diagnosed.

The new study is part of the Childhood Autism Risks from Genetics and the Environment (CHARGE) project, launched in 2003 to explore environmental causes and risk factors for autism and developmental delay. The researchers analyzed data from more than 1,000 children between 24 and 60 months of age living in California. They divided the sample into children who have developmental delay, those who have autism and typically developing children, and then looked for differences between Hispanic and non-Hispanic children across all three categories.

In both the Hispanic and non-Hispanic groups, nearly 20 percent of the children with developmental delay meet the criteria for autism, suggesting that many children are not being accurately assessed.

It’s not yet clear why this is the case, though cultural factors may play a role.

The researchers say it’s also possible that language skills in the Hispanic group account for some of the discrepancy. Hispanic children are more likely to come from bilingual households and may therefore score lower on language tests, they say. Exposure to a second language lowers scores on tests of both receptive and expressive language for both children with autism and controls, the researchers say.

The findings suggest that language development should be taken into account when studying autism in bilingual groups. For example, bilingual kindergarten children score lower on language tests than their monolingual counterparts but higher on other cognitive tests.