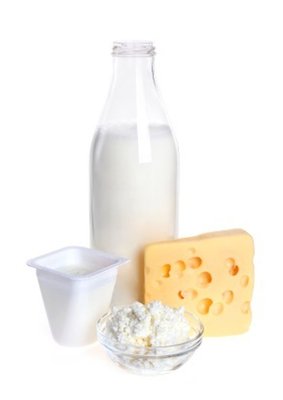 Children with autism often have different eating habits than their peers, whether because they are picky eaters or because their families restrict their diets in a bid to manage their symptoms. Some families drop dairy or gluten from their child’s menu in hopes of improving his or her behavior or digestion, although evidence for any benefit is spotty at best.

These selective eating practices are not without harm, either. Some studies have found that children with autism who have particular eating habits get fewer vitamins and minerals than their typically developing peers do.

A new study suggests that these deficiencies may broadly accompany the disorder: It found that many children with autism — and not just those on dairy- or gluten-free diets — don’t get enough calcium or vitamin D, nutrients important to bone health. Given this finding, parents should be wary of putting their children on a diet that further restricts their dairy intake.

In the study, published in the September issue of the Journal of Developmental and Behavioral Pediatrics, parents logged the diets of their children, aged 1 to 6 years, for three days. In all, researchers collected food journals for 37 typical children, 14 children with developmental delays and 69 children with autism.

A third of the individuals with autism were on restricted diets and did not eat the milk protein casein, the wheat protein gluten, soy products or a combination of the three.

Overall, all of the children in the study needed to eat more fiber, vitamin D and vegetables, the study found. The food records from the children with autism raised additional concerns — they ate less vitamin A, vitamin D, calcium, and riboflavin and folate, vitamins responsible for making red blood cells, than the controls did. However, only their calcium intake was considered too low for children their age.

When the researchers removed the children with autism on special diets from the analysis, the autism group still ingested lower levels of vitamin D and calcium than the control group did. Vitamin D helps the body absorb calcium, and is typically added to dairy products.

Within the autism group, the 23 children eating a special diet were more likely to have inadequate levels of folate compared with children not on diets. People often get much of their folate from fortified wheat products — a food group that children on gluten-free diets don’t eat.

A sensory test indicated that the children’s responses to smell and taste had no bearing on their nutritional intake. It’s possible, however, that another sensory problem affects their eating habits.

It’s important that families and doctors ensure that children with autism eat foods with enough calcium, vitamin D and folate, the researchers say. Interestingly, the parent reports suggest that the children with autism take more vitamins and other supplements than the other groups do. But the researchers lacked information on the doses of these supplements, so they had to leave this information out of their analysis.