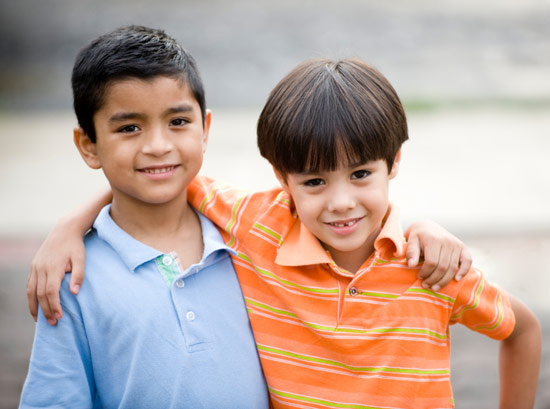 We hear a lot about the prevalence of autism, but here’s a remarkable statistic you may not have heard: white children are two to three times more likely to be diagnosed with the disorder than are their Hispanic peers.

You may think the simplest explanation is economics. And it’s true that, compared with white families, Hispanic families are less likely to have health insurance and a regular doctor, and more likely to fall below the poverty line.

But the autism disparity remains even when researchers account for those socioeconomic differences, according to a study out this month in the American Journal of Public Health.

Calling on data from Texas schools in 2004, researchers found that for every 10 percent increase in Hispanic students in a given district, the prevalence of autism decreases by 11 percent. In contrast, the prevalence of children with intellectual or learning disabilities increases by eight percent and two percent, respectively.

The researchers then adjusted the numbers to account for several socioeconomic factors, and found that some — urban living, higher incomes and more doctors, for instance — lead to more diagnoses and explain the rise in autism prevalence among white students.

But the same factors don’t explain why Hispanic districts have lower prevalence.

That’s not to say economics doesn’t play a role. The researchers didn’t consider some other factors, for instance how often Hispanic students see doctors, or how well they communicate with them.

Because many of the Hispanics in Texas are Mexican immigrants, it’s also possible that the numbers reflect something epidemiologists call the ‘healthy immigrant effect’: new immigrants tend to be healthy upon arrival in more developed countries.

Finally, it could be that different ethnic groups carry different genetic susceptibilities to autism. But until more rigorous studies are done, all of these explanations are pure speculation.