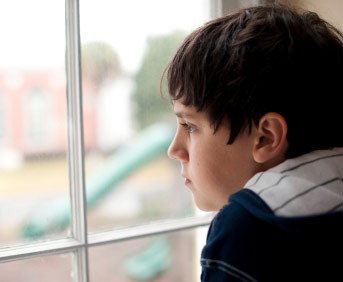 These numbers may be overestimates and should be revisited, argues a paper published 29 May in the Journal of Clinical Child & Adolescent Psychology.

Given that these disorders can have overlapping symptoms, it’s possible that the diagnostic tools typically used to detect them may not work effectively in children with autism, the researchers suggest.

“It is possible that what is considered comorbidity actually reflects poor diagnostic boundaries and overlapping symptoms,” they write in the article. “Some symptoms that are taken as evidence of a secondary disorder may in fact be better explained by associated features of the [autism spectrum disorder (ASD)] itself, just as some symptoms mistakenly attributed to the ASD may be manifestations of new comorbid disorders.”

The researchers cite, for example, a study of Medicaid claims that found that more than half of children later diagnosed with autism were initially diagnosed with some other psychiatric disorder.

Accurately understanding whether behavioral issues and other symptoms are a facet of the individual’s autism or a separate disorder could be important for treating them.

The questionnaire gathers information on symptoms that occur around the same time and represent a significant change in the child’s baseline state, suggesting a new or distinct problem. It also incorporates questions designed to capture changes in behaviors that are specific to autism, such as self-injury.

In the study, researchers assessed35 children, aged 10 to 17, with high-functioning autism using the ACI and compared the results with each individual’s history of psychiatric diagnoses.

The ACI gave significantly different, and more conservative, results than the individual’s medical history, the researchers found. For example, the ACI diagnosed 51 percent of the children with at least one psychiatric condition compared with 77 percent based on previous diagnosis. It also found that 23 percent of the children have two or more disorders, compared with 60 percent as per the medical history. Overall, the ACI failed to confirm nearly 60 percent of the previous diagnoses.

Given the subjectivity inherent in diagnosing psychiatric disorders and the relative youth of the ACI, it’s not clear whether the difference results from overdiagnosis of comorbid conditions by participants’ physicians or underdiagnosis by the ACI.

The researchers favor the former explanation, and suggest that the children in the study may have been misdiagnosed with other disorders before getting an autism diagnosis.

Most of the participants in the study received their autism diagnosis rather late — in late childhood or early adolescence. A follow-up study of children diagnosed at a younger age would help reveal whether this is a widespread problem in autism.

Reimbursement schemes for health insurance may also be to blame. For example, in some cases, companies reimburse for treatments for some psychiatric conditions but not autism.

Ultimately, the only way to sort out whether certain symptoms represent autism or another disorder is to better understand the biological basis of these disorders.