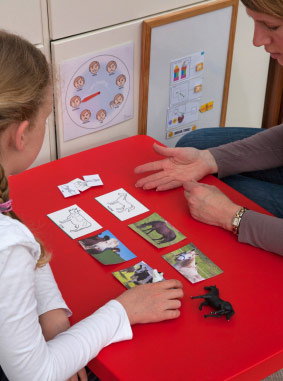 Over the course of a lifetime, early intensive behavioral therapy for children with autism could save more than a million dollars per person in education and adult living costs. That’s the conclusion of a study in the Netherlands, published in June in Research in Developmental Disabilities.

Early intensive behavioral intervention (EIBI) is one of the few therapies that has shown any benefit for the core symptoms of autism, with improvements in intelligence quotient, living skills and motor skills. Estimates of its effectiveness vary widely, however, depending on the type, timing and intensiveness of therapy.

EIBI is costly and time-consuming, involving 20 to 40 hours a week with a therapist for two or more years. Better assessments of the long-term benefits might convince public health agencies to help make these therapies more accessible and affordable.

The new study isn’t the first to do this type of cost comparison. But the researchers say their calculations use more modest success rates for early intervention, making their estimates more realistic. Previous studies used numbers derived from one of the first studies of EIBI, conducted under ideal research conditions.

The researchers analyzed 14 studies of EIBI that monitored whether the children were later placed in special education schools, less-intensive special education or in regular classrooms, and compared the outcomes to those from other treatments.

The researchers also looked at how many of the children in each group went on to live independent adult lives or needed various levels of support.

They calculated the costs for education through college or vocational school using figures from the Dutch government. For primary school, for example, they allotted $5,000 for regular education, $11,000 for special education, and $22,500 for intensive special education.

For costs in adulthood, they classified the levels of independence, and used government estimates for security income (similar to U.S. social security), adult living and day programs, and 24-hour care for the most dependent group.

They found that EIBI costs on average $100,000 per child, based on total therapy and the cost of staff and other factors. Taking all the other costs into consideration, EIBI would save approximately $1.3 million for a single individual from age 3 to 65. Expanding that savings to the entire Dutch population amounts to $109 to $220 billion.

These estimates are, of course, only as good as the assumptions on which they are based. But given growing autism rates and tighter budgets for disability support, any level of savings can only be a good thing.