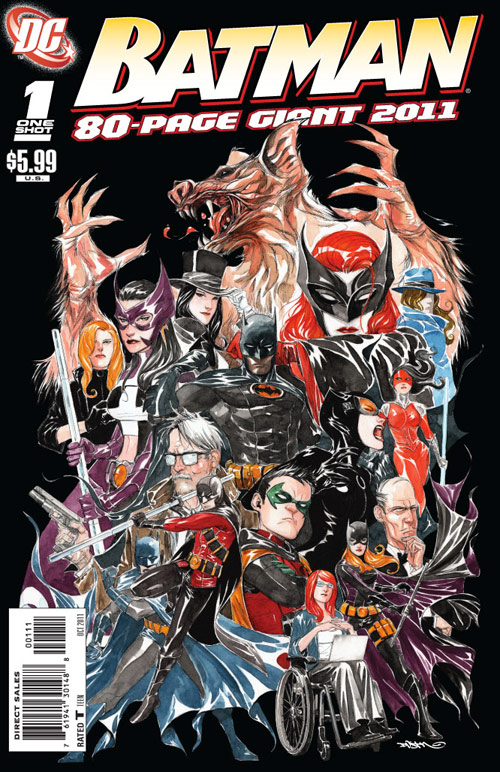 As awareness of autism grows, so does its prevalence in popular culture. People on all parts of the autism spectrum are starring in mainstream television shows, movies and novels.

The latest is an adventure story about a boy with autism, which is making its appearance in a popular comic book.

Last month, DC Comics released Batman 80-Page Giant 2011, a book of short stories about the infamous dark knight. In one of them, a young boy with autism reaches a developmental milestone after reading his comic book (and helping Batman spar with a zombie super villain).

Many boys, at one point or another, get obsessed with a comic book series (as the big blockbuster movies from the last couple of years attest). The story’s author, Joe Caramagna, has a family member with autism and told a reporter that comics can encourage creativity, especially in children with the disorder.

“I don’t want to make it sound like if you give a kid a comic, he’ll be cured. But I think they can be used as part of a creative therapy or artistic therapy,” Caramagna said. “With autism, no one knows what might be the thing that unlocks their imagination.”

There’s a lot of anecdotal and a bit of empirical evidence to support this idea.

Many people with autism say they learn best through visual storytelling, and some scientific reports make the controversial claim that the disorder leads to enhanced visual perception. The graphic format of a comic book, then, might be especially appealing for a child with autism.

A few years ago, researchers at the University of Vermont investigated whether two children with autism and good verbal skills could improve their social interactions by drawing their own comic strip — called a CSC, or comic strip conversation — with the help of a therapist. One of the children, a 12-year-old girl, didn’t see much improvement with the therapy. The other, a 4-year-old boy, showed more empathetic interactions with his family. This boy’s mother reported a “huge breakthrough” within a week of beginning the therapy.

One anecdote doesn’t mean much, but reading comic books doesn’t have much of a downside, either.

There’s even a high-tech way to create your own graphic adventure.

The website Make Beliefs Comix allows you to make your own comic for free. The site’s creator, Bill Zimmerman, has apparently received a lot of encouraging feedback from parents of children with developmental disabilities.

This big girl had fun with it, too.