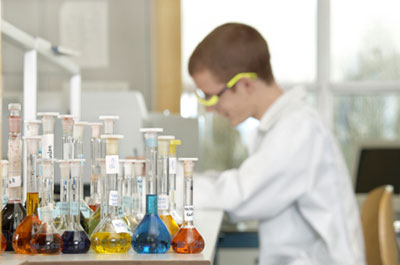 Attending college is a demanding experience that pushes young people to make new friends, live independently and adapt to changing schedules. For a young adult with autism, these challenges are even more difficult than for most.

This may explain why nearly 70 percent of people with autism either do not attend college at all, or drop out before graduating.

However, those who attend community colleges — two-year local institutions —tend to succeed if they study science, technology, engineering or mathematics (STEM), reports a new study published 26 October in the Journal of Autism and Developmental Disorders.

Researchers tracked 660 students with autism from across the country using the National Longitudinal Transition Study-2, a registry that followed special education students from 2001 to 2009 as they left high school and entered the adult world.

Of the group, 190 attended college and submitted information about their majors. For the 35 students at four-year universities, the field of study did not influence their performance. But the data from the community college students tells another story.

More than 80 percent of the students with autism attended a two-year community college. Those studying STEM subjects were less likely to drop out and were twice as likely to transfer to a four-year university than their non-STEM peers.

The 30 STEM students, regardless of their college enrollment, were more likely to be white males from wealthier families than non-STEM majors. The STEM majors were also better at conversation, based on parent reports. Their success may reflect their innate ability to think systematically, a plus in many scientific fields.

Community colleges in some states, such as California, don’t require a high school diploma, which helps students with disabilities. They also offer remedial or prerequisite classes that may give students with autism a chance to prepare for a four-year college in a sheltered setting.

Even so, these smaller institutions need to offer more academic services and other support to help students who need the extra boost to move up the educational ladder, the researchers say.

The new study found some other factors that predict educational persistence. For example, students whose parents earned a college degree are less likely to drop out. Colleges may increase graduation rates if they provide extra support to those who are the first in their families to enroll in college, the study suggests.

Also, contrary to the trend in the general population, men with autism are less likely to drop out than women with the disorder, and minority students with autism graduate at higher rates than their white counterparts.