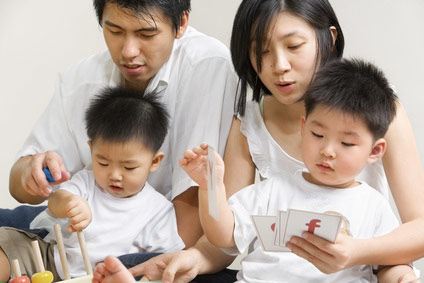 Here in the United States, psychologists have been talking about autism since Leo Kanner’s first description of the disorder in 1943. But in China, the first case wasn’t reported until 1982.

It’s perhaps not surprising, then, that knowledge of autism in China is still pretty spotty. According to a large survey published last month, just 58 percent of people in China can identify characteristic features of autism from multiple choices.

The researchers analyzed responses from a survey of 4,947 parents or caregivers of kindergarteners in Harbin, one of China’s largest cities. The survey asked multiple-choice questions about the disorder such as ‘What are the symptoms of autism?’ and ‘Do you think that autism is a rare disease?’ It also asked them what they would do if their child showed symptoms of the disorder.

Based on the responses, 94 percent had heard of autism, but many had gaps in their knowledge and held interesting misconceptions. Most correctly identified that autism affects communication, language and eye contact. Only 45.9 percent knew that it is also often accompanied by narrow interests and stereotyped behaviors, and only 36.7 percent recognized that children with autism may talk to themselves or talk repetitively. Two-thirds of respondents answered ‘No’ when asked, ‘Do you think that the onset of autism is only in childhood?’

As is the case in the United States, those who knew most about autism were women, people who live in urban areas, have had higher education, or have known a child with autism.

China is not alone. In most parts of the world, including here in the United States, autism is misunderstood, neglected or stigmatized. These attitudes tend to stymie efforts to study the disorder’s prevalence.

That certainly seems to be true in China, which has no surveillance network or registry of autism cases. Regional studies there have reported prevalence rates around 0.12 percent — in sharp contrast with the 1 percent reported in the U.S. But this is most likely just because the true prevalence hasn’t been uncovered yet. In May, for example, a study in South Korea found autism prevalence in the country to be a whopping 2.65 percent.

China is an enormous country, and there are probably tens of millions of children with autism who need medical services, special education and social support there. A survey like this is encouraging because building awareness is often the first step in designing rigorous studies on prevalence. And those numbers, in turn, are crucial for setting up effective research and treatment programs.