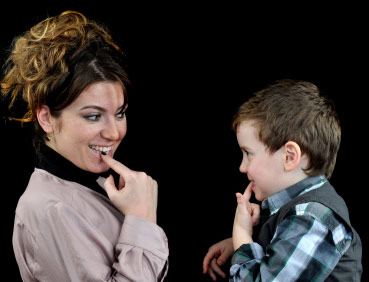 Do children with autism have difficulty imitating the actions of others? The answer is hotly debated in the field.

Proponents of the so-called broken mirror hypothesis contend that people with autism have faulty mirror neurons, cells that are typically active when mimicking others. Problems with the mirror neuron system could explain many of the social deficits linked to autism, these researchers say.

However, research exploring this idea has had mixed results. Some studies show children with autism have trouble imitating people, but others suggest they behave similarly to controls.

A new study, published 18 July in Journal of Autism and Developmental Disorders, suggests that problems with imitation may be limited to emotional contexts, and may explain the seemingly contradictory results.

Imitation is thought to be an essential part of human interaction and communication. People naturally mimic the facial expressions of those around them, even if not asked to do so.

In the new study of 15 high-functioning children with autism and 15 controls, researchers found that both groups are equally able to imitate a finger movement performed by someone with a neutral facial expression. However, the controls perform much better when the person doing the finger task has an emotional expression rather than a neutral one. The autism group, in contrast, shows no change.

Taken together, the results suggest that children with autism can imitate movements and recognize facial expressions as well as controls can, but they have problems when these two skills are put together — imitating others in a social context.

A better understanding of the imitation deficits may help improve behavioral treatments. For example, some therapies employ imitative play, in which the therapist mimics the child’s action. Research suggests this approach can improve eye contact and other measures of social responsiveness.