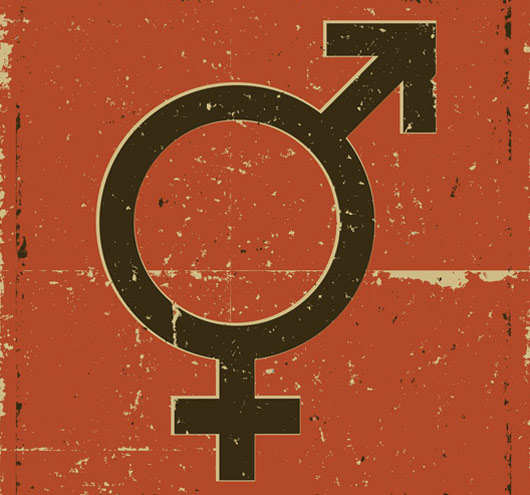 Last summer, I received a grateful email from a reader of my book The Riddle of Gender, a survey of the science that seeks to explain why some individuals feel the need to transition from male to female or vice versa. The reader, a ‘transman’, or female-to-male transsexual, said that the book had helped him understand much of what had puzzled him about his own experience.

When I wrote him back and told him I had just accepted a position as news editor for an autism research website, he responded with excitement. “I have Asperger syndrome,” he said, adding that he knows other transmen who also have a dual diagnosis of gender identity disorder and Asperger syndrome.

I was naturally intrigued last month to see a new study showing that transmen score much higher on the Autism Spectrum Quotient — a test which measures features of autism — than either typical females, typical males or transwomen (male-to-female transsexuals).

The study, led by British researcher Simon Baron-Cohen, confirms earlier case studies and reports that genetic females with gender identity disorder have more traits associated with autism than women comfortable with their gender.

Baron-Cohen is the architect of the extreme male brain theory of autism, which suggests that the brains of individuals with autism are hyper-masculinized, perhaps as a result of exposure to high levels of testosterone in utero.

In the new study, his team administered the Autism Spectrum Quotient — a 50-item questionnaire assessing social and communication skills and other criteria associated with Asperger syndrome — to 61 transmen, 198 transwomen and 174 typical males and females.

The researchers recruited the transsexual people from the Charing Cross Gender Identity Clinic, which assists individuals with questions or concerns about their gender. They included only individuals living with the gender that is in line with their perceived identity.

Genetic males score higher than genetic females on the test, the study found, and transmen score higher than transwomen. In fact, the mean scores of the transmen indicate that as a group, they show the broad autism phenotype, composed of individuals who have some traits of autism but in a milder form.

What I found shocking is that transmen are 11 times more likely than genetic men to score 35 or above on the test — placing them within striking distance of 125 people with Asperger syndrome or high-functioning autism, who have a mean score of 36.7.

However, I should note that many of the transgendered participants were taking either estrogen or testosterone. I know from talking with transmen that testosterone has a powerful effect on emotional expression, which could be skewing their results on the questionnaire.

Still, all of the transmen I interviewed for my book traced their feelings of discomfort with being identified as girls back to early childhood. They preferred to dress in boys’ clothes, play with boys’ toys and spend time with boys.

The researchers suggest that traits associated with autism — for example, stilted communication — may have made it difficult for these individuals to socialize with girls and led them to prefer boys. They suggest that doctors working with individuals pursuing sex-reassignment surgery should also explore the possibility of undiagnosed Asperger syndrome.

Like autism, gender identity disorder is being diagnosed younger and younger, and in many more people than in previous generations. Many of the people I interviewed waited until middle age to transition, but an increasing number of young adults — like the transman who wrote to me — are opting for hormones and surgery these days. The more information they have going in, the less chance there is that they will make a decision they may later regret.