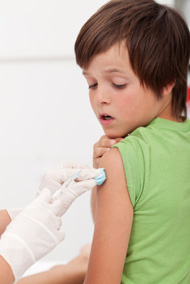 Unlike for diabetes or heart disease, there are no blood tests that can easily diagnose autism. SynapDx, a Massachusetts-based diagnostics company, aims to change that, or at least to develop one that can pinpoint children at greatest risk for the disorder.

On 24 April, the company launched a clinical trial to evaluate its test in 660 children, aged 18 to 60 months, across 20 sites. This is thought to be the largest autism study of its kind, excluding those looking at genetic markers.

The test measures differences in gene expression and is based on research published last December in PLoS One. In that study, a panel of 55 genes identified in one group of boys could predict autism in a second group of children with 73 percent accuracy. But the study did not look at the test’s specificity, its ability to distinguish autism from other developmental disorders.

The SynapDx trial aims to assess specificity, as well as confirm the test’s sensitivity in a larger group of children. According toThe Wall Street Journal, a pilot study of 270 children found its accuracy to be similar to the PLoS One figure.

According to the company, the test isn’t meant to diagnose autism, but rather to give children a risk score. That would help doctors make faster and better decisions about who to refer to a specialist for clinical evaluation. Some families now wait months for an evaluation.

It is especially important to test genetic and other biomarkers for autism in large, diverse groups, because genetic differences sometimes reflect ethnicity rather than autism.

For example, an analysis published in April in Molecular Psychiatry suggests that a different genetic test for autism, which looks at common genetic variants rather than gene expression, may pick out differences in ancestry of the two groups analyzed in the study, rather than autism risk.

Nearly all the boys with autism in the PLoS One study are Caucasian, compared with less than half of the control group. The new trial may address this issue: Children with autism and controls will both be recruited from the same sites, which are geographically and ethnically diverse.