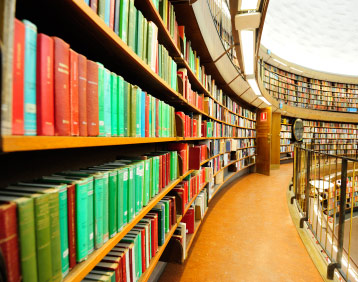 When I want to learn about a certain drug treatment, I typically begin with a search for mentions of the compound in the scientific literature. If I find a lot of studies, or even a handful, that report that it works, I usually come away thinking that it’s at least a promising candidate.

The trouble is, researchers rarely publish accounts of a drug failing. And according to a study published last week in Pediatrics, this publication bias is making antidepressants look like a better option for treating autism than they really are.

Although antidepressants have not been specifically approved by the U.S. Food and Drug Administration to treat autism spectrum disorders, many physicians prescribe them ‘off-label’ to alleviate the repetitive behaviors that are one of the disorder’s core features. An estimated 15 to 25 percent of children with autism take a popular type known as selective serotonin reuptake inhibitors, or SSRIs, such as Prozac or Celexa.

In the new report, researchers searched the medical publications database PubMed and clinicaltrials.gov — a site that lists ongoing and completed clinical trials in the U.S. — for randomized and placebo-controlled studies on the effectiveness of SSRIs on repetitive behaviors in autism.

They found ten trials in all. Only five of these were published, of which three showed that the drugs had a small benefit and two showed no benefit.

On the face of it, these results seem mildly promising. But then the researchers ran statistical tests — called the ‘trim and fill method’ — that root out publication bias by scrutinizing the variability of data across a group of studies. This number-crunching strongly suggested bias.

The researchers then emailed the investigators of the five unpublished studies to find out their results. Only one responded — with negative findings.

Despite the results of this study, it’s probably too early to dismiss the use of antidepressants for autism completely. They may help some children with high levels of anxiety, for example, and one study suggests that they’re effective at treating repetitive behaviors in adults with autism. But so many unpublished and negative studies are deeply concerning, especially given the drugs’ cost and potential for side effects such as stomach or sleep troubles.

Most worrying is the underlying publication bias in medical research that this example typifies. An oft-cited report from 2008 found that although 94 percent of published antidepressant trials report positive results, only 51 percent of registered trials do. What’s more, another report in the new issue of Pediatrics found that, of the clinicaltrials.gov studies involving children, only 70 percent were completed. Of these, just 29 percent were published — an average of two years later.

In other words, when a drug fails, it usually gets hushed up. The reason? Most sponsors of expensive clinical trials are drug companies, which aren’t exactly keen on giving stockholders bad news.

This isn’t a new problem; it’s a perennial topic of discussion at meetings of academics, pharmaceutical companies and government funding agencies. I hope the latest spate of high-profile studies will trigger more than just talk. In the long run, after all, it’s in everybody’s best interest — especially our children’s — to find out what works and what doesn’t.