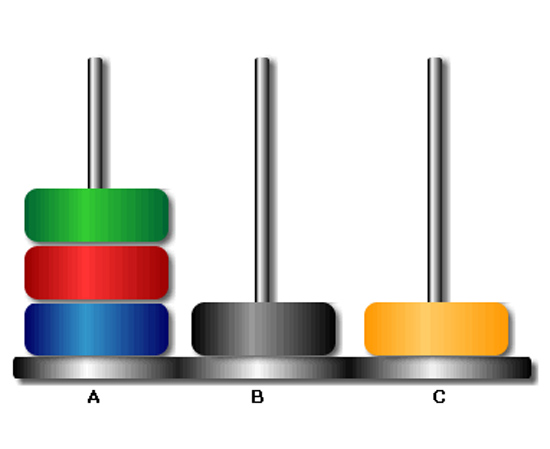 People with autism are known to be rigid, often sticking to strict schedules and reacting poorly even to small changes in their daily routines. Could their inability to change plans be part of a broader cognitive problem?

Planning — the ability to prepare for an event and adapt to new information — has been widely studied in people with autism. But despite dozens of studies, researchers have not been able to agree on whether people with autism have trouble with planning skills. A new report suggests that the inconsistency in results may be because of differences in short-term memory.

Most studies on planning skills rely on some version of the ‘Tower of London‘ test, which asks participants to rearrange a set of balls into a specific configuration in as few moves as possible. To score well, participants must plan out a precise sequence of moves, anticipating how each one will build off the last.

Children with autism need more moves to complete the task than do children with other learning disabilities or with attention deficit hyperactivity disorder, according to some reports. But other studies found no difference between autism and control groups.

In the new study, published 10 March in Child Neuropsychology, German researchers point out that these Tower tasks require not only planning, but also good use of short-term memory. For instance, you have to be able to hold several possible moves in your mind for short periods of time.

The scientists tested 15 children with high-functioning autism, and assessed two other measures: their ability to recall a string of numbers, and to remember the sequence in which researchers tapped a set of blocks.

In other words, the planning deficits seen in children with autism may just be a result of their memory problems, which are controlled by more basic circuits in the brain.

By discounting autism’s planning problem, the study also puts a kink in the long-studied ‘executive function’ theory of autism, which says the disorder arises from the breakdown of the brain’s executive functions, such as the ability to pay attention, reign in your impulses or plan.

In that respect, the research is a small piece of a broader debate on whether autism is a result of basic perceptual problems, or more complex social circuits in the brain.