Autistic people are coming into their own as political players 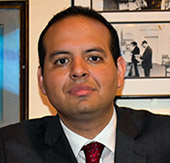 Eric Garcia
Freelance journalist
Sign up for Spectrum’s newsletters
Thanks for subscribing!
The Expert:

Jessica Benham was born a few months after the passage of both the Americans with Disabilities Act (ADA) and the Individuals with Disabilities Education Act (IDEA) in 1990. It’s something that Benham, who is autistic, highlighted when I spoke to her on 5 November, two days after she won a seat in Pennsylvania’s state legislature, representing the Pittsburgh area. Those laws paved the way for her and other autistic politicians taking office.

In addition to Benham, two other state legislators — Democrat Yuh-Line Niou of New York and Republican Briscoe Cain of Texas — have said they are autistic, but Cain didn’t reveal his diagnosis until after he was elected. He did so in a speech on the Texas House floor last year, when he proposed a resolution to make April Autism Awareness Month. Niou first spoke about her autism in an interview with a website run by college students when she ran in 2016, and elaborated on it after she was elected.

By contrast, Benham, a Democrat, was openly autistic when she announced her run for office last year, and she made it a central part of her persona as a candidate.

Benham’s ascent to the Pennsylvania State Legislature in Harrisburg matters because it signifies that autistic people are coming into their own as political players. Her election and public presence also challenge perceptions of what autism looks like: She is finishing her dissertation for her Ph.D. at the University of Pittsburgh; she co-founded the Pittsburgh Center for Autistic Advocacy; she has been married for seven years and owns her own home.

“For a long time now, autistic people have been really effective policy advocates, and certainly some folks have held elected office who have not been open about their diagnosis,” Benham says. “But having somebody who is loud and proud, as it were, means that people can’t ignore the way their policies impact people like me.”

Her victory is important for autistic people and their loved ones because it means that she and other autistic politicians can advocate for policy and research on the priorities that matter most to them, including quality-of-life issues. This marks a shift from when parents, caregivers and researchers were the main advocates and policymakers speaking about autism. Although parents can be valuable allies in fighting for their loved ones, their advocacy and representation can only go so far; they don’t live autistic lives, and at times their interests might even contradict the desires of autistic people themselves.

A shift in advocacy:

For years, many people misunderstood autism as a narrow diagnosis. It was only in the 1980s that autism entered the third edition of the Diagnostic and Statistical Manual of Mental Disorders (DSM) as a ‘pervasive developmental disorder’ separate from schizophrenia. And it wasn’t until the 1990s, when Benham was a child, that autism was first considered a spectrum condition, encompassing different levels of support needs, in the DSM-IV.

With these shifts, public policy moved toward accommodating autistic people, delivering benefits for those born after the ADA and IDEA. But those laws still are not nearly enough.

Benham says she aims “to fight for those things inspired by my own life experiences” and would like to be on the human services committee in the Pennsylvania legislature. “Off-handedly, [a colleague] said, ‘Oh, you could really own that space,’” she says. “And I said, ‘It’s about time someone with a developmental disability owns that space.’”

Benham didn’t run to make history but to make a difference, she says, and she plans to work on disability-specific topics such as education funding, how the care system is run and how Medicaid waivers work to help autistic and disabled people receive services at home.

Many autistic LGBTQ+ people say they are ignored or, because they are autistic, frequently face questions about whether they are actually LGBTQ+. One study published this past February found that LGBTQ+ respondents have much higher rates of mental illness, poor physical health and smoking compared with their straight, cisgender counterparts on the spectrum2. LGBTQ+ participants also have higher rates of not seeing a doctor or specialist and not obtaining prescriptions. Most alarmingly, 35.7 percent of autistic LGBTQ+ people reported being refused services, the study found.

Benham knows she has to create opportunities for those without the privileges she has had. “As a white autistic cis woman, I am not the most marginalized of our community,” she says. “So for me, to begin to pave the way will make the difference for other people who are going to come behind me who will represent the full diversity of our community.”

She has shown that autistic people can work in advocacy and nonprofits — and run and win a race. Her next goal is to show she can govern.

Eric Garcia is a journalist living in Washington, D.C. He has written for The Washington Post, The Daily Beast, The New Republic, Roll Call, Salon.com and National Journal. His book “We’re Not Broken: Changing the Autism Conversation” is slated for publication in August 2021.