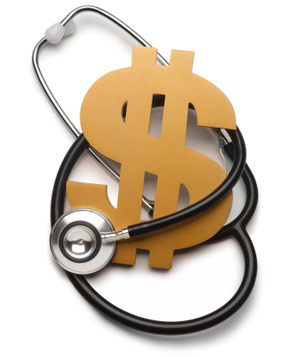 New numbers are shedding light on just how much it costs to care for children with autism — and, importantly, what is driving those costs. At a time when economic pressures are forcing families and government to make tough choices about how to spend their healthcare dollars, these kinds of data are invaluable.

A new study concludes that children with autism generate six-fold greater Medicaid costs than do typically developing children enrolled in the program. Medicaid is a national healthcare program for people with low incomes or disabilities.

The analysis falls in line with previous estimates of the economic costs of autism, by one of the new study’s authors, suggesting that medical expenditures are three to nine times higher for children with the disorder than for typically developing children.

But the researchers also show that healthcare costs vary widely, depending on whether a child has conditions that commonly occur alongside autism, specifically intellectual disability, attention deficit and hyperactivity disorder (ADHD) and epilepsy. This is the first study to look at how co-occurring conditions influence the cost of caring for children with autism enrolled in Medicaid, the researchers say.

Published last month in the Journal of Developmental & Behavioral Pediatrics, it analyzed Medicaid information from 8,398 children diagnosed with autism and nearly 1.5 million controls collected from eight unidentified states between 2003 and 2005.

Researchers found that just under half of children with autism have at least one of the other conditions. ADHD is the most common, affecting about 30 percent of that group.

The researchers caution that their results may be skewed toward children with more severe forms of autism, because these children are more likely to be eligible for Medicaid. About 50 percent of the autism group was enrolled in Medicaid due to a disability (rather than family income), compared with only 5 percent of the control group.

The new findings reinforce the conclusions of another study, published in November 2010, that we blogged about early last year, showing that healthcare costs for autism are rising faster than for any other mental disorder.

It found that autism-related health costs grew more than 30 percent from 2000 to 2003, largely due to the disorder’s growing prevalence. According to the analysis, the number of children with an autism diagnosis rose nearly 30 percent in that time.

Taken together, the findings of these two studies show how challenging it is to calculate healthcare costs associated with specific disorders. Whereas the new study estimates the average medical expenditures for a year of care for a child with autism at roughly $10,000, the previous study put that figure at about $22,000.

The discrepancy may come from differences in state Medicaid coverage. For example, only some states cover behavioral therapies.

Having accurate estimates of these costs is crucial for making policy decisions, especially as states struggle to find revenue to support healthcare.

Just as important is determining the most effective ways to spend valuable healthcare dollars in helping children with autism, easing the burden on cash-strapped states and parents.

Fortunately, new research is beginning to help here, too. For example, a study published in the January issue of Archives of Pediatrics and Adolescent Medicine found that better access to community-based interventions lowers the chance of hospitalization for children with autism.

Analyzing Medicaid data collected in 2004 from nearly 30,000 children with autism, the researchers found that each $1,000 increase in spending on respite care, which provides temporary relief for caregivers, during the preceding 60 days resulted in an eight percent decrease in the odds of a child with autism ending up in the hospital.

Surprisingly, the use of therapeutic services, such as behavioral therapy, didn’t decrease hospitalization rates, raising concerns about whether these services are truly effective.