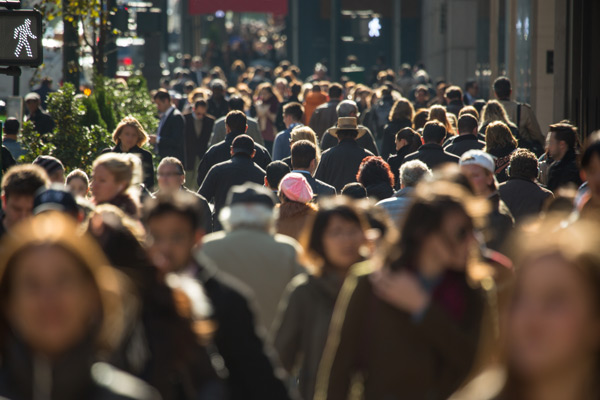 People with autism have a wide range of symptoms, including social impairments and restricted interests. But these aren’t specific to the disorder. In fact, adults in the general population cluster into two groups, a new study reports: those who tend to struggle in social situations and those who become fixated on details.

The findings, published 22 October in the Journal of Autism and Developmental Disorders, support the idea that we all have some features of autism — even if we’re not on the spectrum.

Researchers used an online questionnaire to probe autism traits among 2,343 American adults. The 50-item questionnaire, known as the Autism-Spectrum Quotient, or AQ, asks responders to either agree or disagree (strongly or slightly) with statements such as ‘I enjoy social chit-chat’ and ‘I notice patterns in things.’

The average AQ score was 114 out of a possible 200. This is well below 142 — the average AQ score among people with autism, according to a 2008 study. But when the researchers split the AQ into subscales that tap social skills, imagination, communication, attention to detail and attention switching, some interesting subsets emerged.

Nearly half the group, 1,059 people, reported more social difficulties and less attention to detail. The remaining 1,284 participants reported fewer social difficulties and greater detail orientation. In other words, the researchers found that two core features of autism are widespread in the general population — they just occur one at a time. An autism diagnosis only occurs when these features overlap.

The findings suggest that individuals with similar AQ scores can have different subsets of autism-like symptoms. And the symptoms may correspond with different brain abnormalities and cognitive challenges. This calls into question the current view of autism as a singular spectrum of symptoms.

The researchers instead favor the ‘fractionable triad hypothesis‘ of autism. The hypothesis suggests that the social impairments, communication deficits and restricted interests seen in the disorder each have independent triggers that affect people throughout the general population — not just people with autism.

These triggers may also be independently inherited, accounting for the vast heterogeneity seen among individuals with autism as well as the general population.

Whether you see autism as a spectrum, a fractionable triad, or something else altogether, this study is a reminder that we all have some autism traits. And while these traits don’t define us, they do shape who we are.