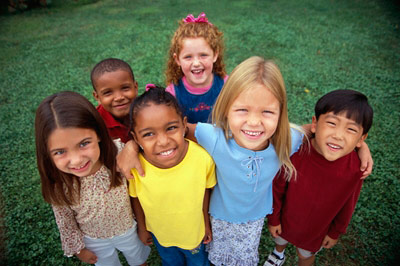 More than 70 percent of autism studies don’t record the ethnicity of their participants, and fewer than half of the studies that do analyze the impact of the data, reports a review published 4 February in the Journal of Autism and Developmental Disorders.

This shortcoming could hinder researchers from spotting important trends in the diagnosis and treatment of autism.

It also makes it difficult to replicate those studies, make comparisons with other work or generalize the findings across different ethnic or racial groups with the disorder.

In total, 138 studies included information about the ethnic origin of their participants, but only 64 of them analyzed ethnicity as a factor. Ethnicity proved to be a significant factor in 12 of the 64 studies and didn’t affect the results of 26 others. Another 26 studies were too small to draw firm conclusions about the role of ethnicity.

Basing research on large, diverse study groups can reveal risk factors specific to particular ethnic or cultural groups. For instance, one of the dozen studies that analyzed ethnicity data found that several factors elevate the risk of hospitalization for children with autism, including adoption and living in a single-parent home. And it found that African-American children with autism have a particularly high risk of being hospitalized for the disorder.

An extended hospital stay drives up treatment costsand places the child in an unfamiliar setting, which children with autism find particularly difficult to cope with. Identifying autism in African-American children early would improve their access to diagnosis and treatment and prevent these hardships.

However, African-American parents are sometimes reluctant to screen their children for autism, delaying diagnosis, according to one study. This may explain why some African-American children are diagnosed later than other children.

In another example of the importance of culture, a study found that Islamic families highly value interventions that improve their children’s communication in Arabic so that the children can practice their religion. Professionals aware of this may be able to match therapists who speak Arabic with these families.

Even when the results of a study apply equally across ethnic groups, information about ethnic origin can inform clinical practice and diagnosis. For example, 1-year-old infants later diagnosed with autism show more repetitive behaviors than typically developing babies do, regardless of their ethnicity.

Taking ethnicity into account can also uncover important differences in prescription rates and health care access. One study found that Hispanic children with autism are less likely to be prescribed medications for autism and related conditions such as depression than are white and African-American children.

This may be because Hispanic children have fewer symptoms that respond to treatment or receive fewer prescriptions from their doctors than other children do. Only a study that includes ethnicity in its analysis can resolve questions like this one.