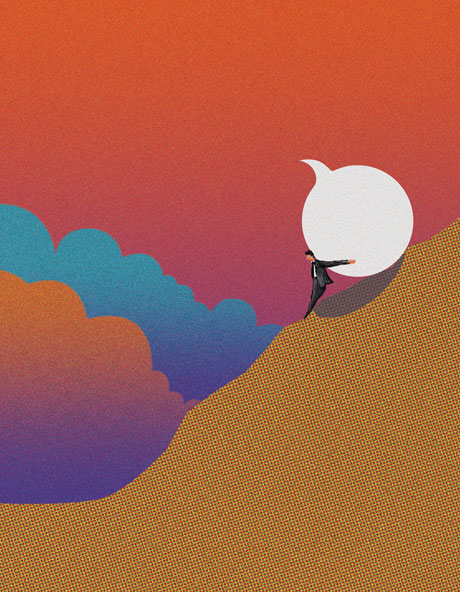 Miscommunication pervades the history of autism research. Overhyped studies have left families clamoring for experimental treatments such as bone marrow transplants — and the vaccine debate rages on.

This distortion of science is frustrating for many autism researchers, most of whom are careful advocates for their work. But are they doing enough to communicate their findings — and explain their findings’ importance — to families affected by autism?

The answer, suggests a study published 26 May in Autism, is no.

The researchers polled 60 scientists (all of whom receive funding from the Simons Foundation, SFARI.org’s parent organization) about the importance of communicating with the public. All but one of them thought their research would be of interest to parents of children with autism, yet fewer than half thought it is “very important” to connect with parents directly or for parents to understand scientific research.

This perspective is problematic, to say the least. For one thing, it perpetuates misinformation. The researchers also asked scientists and parents of children with autism what they think causes the disorder. Most of the scientists said they believe that genes are a primary cause of autism and none see vaccines as the culprit. But only 55 percent of parents share this view of the primacy of genes, and 13 percent believe vaccines are to blame.

As a graduate student studying treatments for autism at David Beversdorf’s lab at the University of Missouri in Columbia, I see the danger of failing to connect with families. I’ve heard families express frustration at never hearing the results of studies they participate in. When we don’t take care to disseminate our findings and put them into context, we leave the participants in our studies feeling unengaged, uninformed and undervalued.

What’s more, our research priorities may be woefully off-target. There’s some evidence that what we’re studying doesn’t match up with the concerns of the autism community. Self-advocate John Elder Robison made this clear in his passionate address at the 2015 International Meeting for Autism Research in Salt Lake City, Utah. He encouraged scientists to listen to people with autism and learn about their struggles, such as barriers to employment. “We need tangible, actionable help,” said Robison. “And we want it now.”

By partnering with the autism community, we can provide the help Robison and others seek. We need to involve participants in the research process from a study’s design to the dissemination of its results. Funding initiatives such as the Patient-Centered Outcomes Research Institute are providing incentives for this kind of partnership, but we need more programs that push community-scientist dialogue.

As scientists, we must also take steps to communicate with the public, even if these efforts cut into time spent in the lab or writing grants. Half of the scientists surveyed in the study said they lack opportunities to communicate with parents of children with autism, and about half said they don’t have the time. But this is important — and we need to make the time.

Researchers interested in making a difference can join Twitter, or begin a blog, like those by Sue Fletcher-Watson and Jon Brock, that explains science for a lay audience. They can visit clinics to meet people with autism and their family members. They can give talks at the public library or at the Science Café in their city. They can work with journalists to make sure the correct message gets out.

I have become a part-time science journalist while I finish my graduate studies. Covering research in a way that makes it accessible to the public is both challenging and humbling. It is also rewarding.

We need to realize that communicating with the community is not optional. When we treat engagement as an essential part of our job, we leave a mark that extends beyond scientific literature to people’s lives.