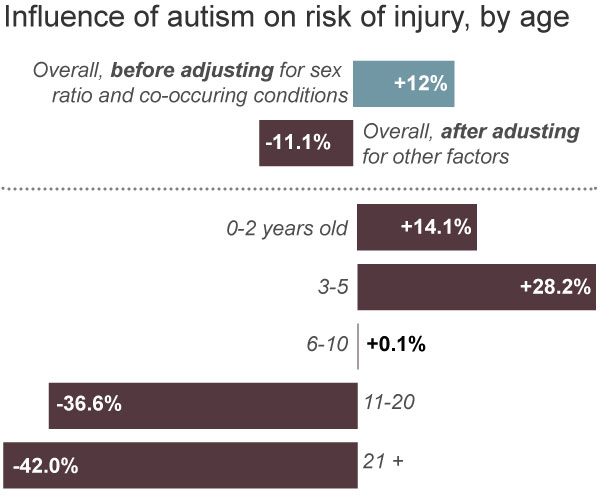 Children with autism often appear to be clumsy, but in fact the disorder may protect them from injury, suggests a study published in the July-August issue of Academic Pediatrics.

Delays in motor skills are typical of autism and may exacerbate the risk of injuries typical to early childhood, such as falls and burns. But those same impairments also prevent older children from engaging in high-risk activities, limiting their chance of injury.

But the increase is entirely attributable to two other factors: the skewed sex ratio among children with autism and the existence of co-occurring conditions such as intellectual disability, seizures and depression.

Further accounting for co-occurring conditions reduces the risk attributable to autism alone by another 13 points. The results suggest that autism actually decreases overall childhood risk of injury by about 11 percent.