Autism and menopause: Q&A with Rachel Moseley and Julie Turner-Cobb 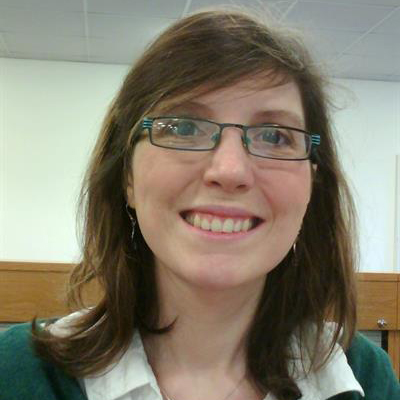 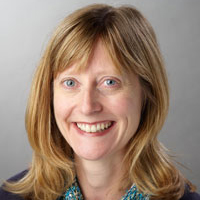 Julie Turner-Cobb
Professor, Bournemouth University
Sign up for Spectrum’s newsletters
Thanks for subscribing!
The Experts:

Menopause poses significant challenges for autistic people, according to a small survey published in 2020 — the first to explore the transition among people with autism traits.

This shift in hormones marks more than just the end of menstrual cycles. It can also cause hot flashes and mood changes, and increase the risk of health problems, such as sleep issues, which autistic people are already at an elevated risk for.

In addition, in the survey and a follow-up study, participants described how menopause exacerbated existing cognitive, social, emotional and sensory difficulties, so much so that in some cases, it led to their autism diagnosis.

“My autism feels heightened now. I’m much more aware of my sensory issues, for example, and more prone to meltdowns,” one participant said.

Several women relayed past negative experiences with health-care professionals and said they had difficulty finding and accessing support as they went through menopause.

Their responses show the need for more research on autistic people’s experiences of menopause, says lead investigator Julie Turner-Cobb, professor of psychology at Bournemouth University in the United Kingdom.

Spectrum spoke with Turner-Cobb and study investigator Rachel Moseley, principal academic in psychology at Bournemouth, about their findings and future research plans.

Spectrum: How did this project come about?

Rachel Moseley: Some of our previous studies had highlighted that there was a feeling that a lot of people were struggling with not having all the information that they might need to navigate menopause and with not having the necessary support. And there were several barriers to accessing that support.

S: What were some of those barriers?

RM: Communication with health-care professionals was one of them. In part, there was difficulty in really explaining to health-care professionals how difficult things were, how bad participants were finding it. So they would sometimes be struggling to find the words to express, “What am I experiencing?” Because they weren’t showing in obvious ways that neurotypical people express — so maybe not crying — they wouldn’t necessarily be recognized as struggling.

Lack of knowledge and awareness was also a barrier. People were finding that menopause wasn’t often talked about, but when it was talked about, it wasn’t necessarily in a format they recognized from their experience because, of course, theirs was a neurodiverse experience.

Julie Turner-Cobb: Women were finding that they didn’t have the emotional vocabulary to explain it, particularly to health-care professionals. Previously, they may have learned how to cope or how to mask things, and suddenly they felt that they weren’t able to cope any longer. And those skills that they’d had before, that they had perhaps honed over several years, just weren’t working for them anymore, because of the changes they were experiencing during menopause. For some women, it meant that that was when they were diagnosed with autism.

“Autistic people are not being served so far as their menopause needs are concerned.” Rachel Moseley

S: How did diagnosis status affect participants’ experiences of menopause?

RM: In our previous studies, a lot of our participants were not diagnosed when they entered menopause. For quite a few of our participants, it seemed that when they did get to that place of self-awareness of recognizing that diagnosis, it helped them to move to a more self-compassionate place. Many people had very negative framings of themselves. So having a framework to hang their experience on was helpful. One person also said that when they were struggling with the impact of menopausal symptoms, they were particularly struggling with hot flashes, and they were saying that if they had known they were autistic, they would have understood more about why it was so hard.

It’s a difficult reality that we know so little about autistic people in older life just because the diagnosis itself is so young, especially when it comes to women and people assigned female at birth.

S: Given that reality, was it difficult to find participants?

RM: Not so far. Sadly, I’ve seen quite a few instances in which people are just desperate to talk about it because autistic people are not being served so far as their menopause needs are concerned. So what I’ve seen is that people are very eager to take part.

S: How do you plan to continue this work?

RM: We have created with our colleagues a three-part qualitative research project called Bridging the Silos. We plan to hold two 10-person focus groups, this time on Zoom, with autistic participants based in the United Kingdom and Canada who have gone through or are currently in menopause. Based on issues identified in the groups, we will develop a public-access online survey to collect further data.

We are hoping to get different academic disciplines talking, but we are also bridging silos with researchers and people with lived experience. So this study is co-designed with autistic people on the research team; we have researchers, autistic people and autistic researchers to have a range of people at the table. And all our co-chairs of our focus groups are autistic people, so it’s very much got autistic people in the design and the steering throughout the study.