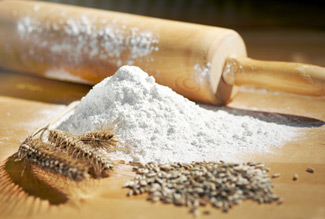 Stories about alternative treatments for autism — ranging from supplements and special diets to hyperbaric oxygen therapy and chelation — are common in the popular media, but how widespread is their use?

According to a large study published 1 November in Pediatrics, 28 percent of children with autism receive some kind of complementary or alternative therapy. The most common are special diets, such as those without the wheat protein gluten or the milk protein casein.

Researchers analyzed survey data from more than 3,000 children who are part of the Autism Treatment Network, a patient registry run by the science and advocacy organization Autism Speaks.

According to information provided by parents, when the children enrolled in the network, 17 percent of them were on special diets, and 20 percent used other alternative treatments.

Some studies have pegged these numbers as closer to 50 percent. Those based on Internet surveys may have attracted people who support alternative treatments, the researchers suggest.

Children diagnosed with classic autism are also more likely to try alternative therapies than those with a diagnosis of Asperger syndrome or pervasive developmental disorder-not otherwise specified.

One result that I find particularly striking is that children with autism who have behavior problems are more likely to use alternative treatments, but those who take psychotropic medications are less likely to do so.

Of course, this trend might result from parental preferences: Those who are comfortable with their children taking the medications may have a more positive view of conventional medicine overall, and be less likely to investigate alternative treatments.

But the pattern may also reflect the lack of treatment options for autism. Parents might try alternative medicines because they hope to find anything that helps.

Some options, such as gluten- or casein-free diets, have largely failed to show benefit in scientific studies. Others, such as chelation, may be downright harmful. Still others, of course, may yet prove helpful. Against this backdrop, the researchers’ call for more studies on this topic seems vital.