Attention to detail may aid visual learning in autism 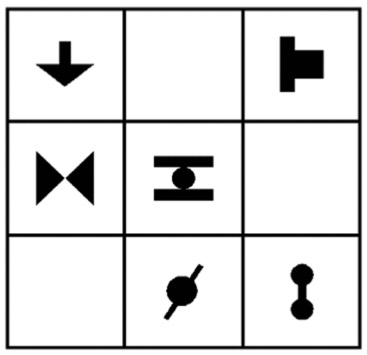 Adults with high-functioning autism excel  at learning visual patterns, according to research published 25 August in Neuropsychology. The study contrasts with a report earlier this year that children with the disorder struggle with visual learning.

A number of studies have found that people with autism have sharp vision — for example, they can zero in on shapes embedded within a larger image better than their peers can. However, one study earlier this year reported that children with the disorder are impaired specifically in visual statistical learning, in which children learn to recognize visual patterns. This may be why they have trouble mastering social knowledge, such as the facial expressions characteristic of different emotions.

“Statistical learning is a really, really fundamental process that allows us to make sense of the world,” says Matthew Roser, lecturer in psychology at Plymouth University in the U.K., who led the new study. “It’s one of those basic essential functions that allows us to pick up on patterns.” Understanding how people with autism perceive those patterns may help inform interventions for the disorder, Roser says.

Roser’s team showed ten adults with autism and ten controls shapes arranged within a grid of nine squares. The six shapes used in the study were organized into three pairings that always had the same spatial relationship to each other — for example, a vertical barbell always appeared to the right of a dot with a strike through it — but the shape pairs could move around the grid.

After viewing several dozen grids featuring these patterns, the participants looked at two grids at a time: one with an incorrect pair — for example, with the barbell above the strike-through dot — and one with a correct one. Individuals with autism can identify the true shape pair more than 80 percent of the time, the researchers found, compared with about 60 percent for controls.

The researchers also tested 28 children with autism and 22 controls, all around 13 years of age. Both groups of children identify the correct shape pair about 60 percent of the time, suggesting the advantage among individuals with autism only appears in adulthood.

Although the sample size is small, the results are intriguing because this is only the second study of visual statistical learning in autism. This cognitive process is especially interesting with respect to autism because it may play a key role in social behavior — for example, in noticing that a smile usually accompanies a goodbye wave.

The results are consistent with the ‘weak central coherence’ theory of autism, which holds that people with autism tend to focus on small details, but struggle to integrate these details into a big picture.

Strikingly, participants in the study were able to identify correct shape pairs better than would be expected by chance, even though they could not describe the pairings in detail. This suggests that the task requires unconscious, or implicit, learning, the researchers say.

The results may differ from those of the study published earlier this year because the tasks assess different skills. In the earlier study, researchers recorded brain responses as participants watched a series of shape pairs — similar to the streams of sounds used in studies of auditory statistical learning and language. The new one showed participants arrays of shapes, similar to the type of visual information presented in studies that have shown sharp vision in autism.

Also, the earlier study tested children with autism of varying severity, including some who could not speak at all. By contrast, the participants in the new study are relatively high-functioning adults, capable of answering the investigators’ questions about patterns.

What’s more, the earlier study found that even though children with autism show impairments in visual statistical learning as a group, some children are able to learn visual patterns, albeit through a different neural mechanism than in controls.

Overall, both sets of researchers say that treatments for autism should build on visual learning abilities. This is a subtle but important shift — playing to the strengths of people with autism, rather than correcting what others perceive as their weaknesses.