Approved autism drug fails to deliver long term for most 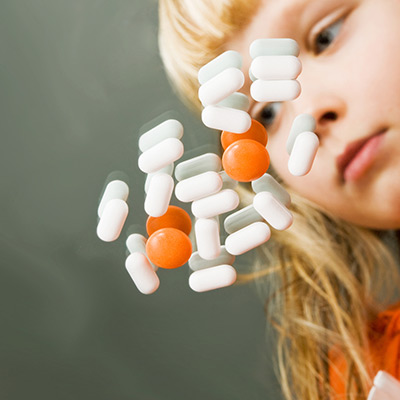 Aripiprazole, one of two autism drugs approved by the U.S. Food and Drug Administration to treat irritability in people with autism, may be no more effective than a placebo in the long run for some children, reports a study published in the January issue of the Journal of Clinical Psychiatry.

When taken for eight weeks or less, aripiprazole quiets tantrums, stabilizes rapid mood swings and abates self-injuring behaviors in children with autism. But the benefits of this antipsychotic drug can fall off after several months, according to the new study. Aripiprazole is the second-most-prescribed drug in the U.S. for both children and adults with the disorder.

Still, some children with autism may benefit from the drug, the researchers note.

In the trial, the researchers followed 157 children with autism, ranging in age from 6 to 17 years, who exhibited severe behavioral problems. The children took aripiprazole every day for up to 26 weeks, with clinicians and parents assessing their behavior every two weeks.

Within the first several weeks, 25 of the children reverted to their previous behaviors and left the study. Another 47 children left the study for other reasons, such as side effects — including weight gain, sleepiness and vomiting — or failing to comply with the study rules.

The remaining 85 children, all of whom had shown some benefits from the drug, advanced to the second phase of the trial. In this stage, 41 children continued taking aripiprazole and 44 began to take a placebo. This stage of the trial was ‘double blind,’ meaning neither researchers nor participants knew which children got the drug. The children remained in the study for 16 weeks or until they relapsed.

In all, 13 children taking aripiprazole and 23 receiving the placebo relapsed before the trial ended. On average, the aripiprazole group relapsed four weeks after the group that received the placebo. Neither difference turned out to be statistically significant, however, indicating that the drug’s performance was indistinguishable from that of the placebo. For every six children treated chronically with aripiprazole, five children will relapse, the researchers found.

Ethnicity, it turns out, may play a role. White children taking the drug were less likely to relapse than nonwhite children. The reasons for this difference are unclear, but the researchers caution that the numbers are small, with only 59 white and 26 nonwhite participants.

In the trial’s second phase, some children in the aripiprazole group experienced harsh side effects, including respiratory tract infections and restless movements known as akathisia. They also gained an average of 3.5 pounds more than the placebo group did.

About half of the children who initially benefited from the drug showed a decrease in hyperactivity, repetitive behavior and inappropriate speech at the end of the study. This suggests that the drug benefits a select group of children with autism, the researchers say.