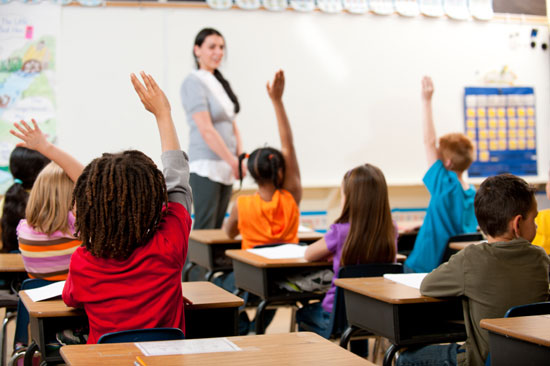 Ratified in 1851, the official state motto of Wisconsin is just one word: “Forward.” In a land known for corn and lead mining, the motto was meant to reflect the motion of the plow and pick axe. But it’s also an apt description of Wisconsin’s autism education programs.

A decade ago, children with disabilities were almost always separated into their own rooms — or even buildings — with specialized teachers and lessons. But some research since then has shown that many of these children can learn well alongside healthy children, and vice versa.

Although inclusion models are becoming more popular everywhere, they’re difficult to manage. For them to work well, teachers need to receive intensive training in autism — from understanding sensory issues to learning how to apply behavioral therapies. Typically, children on the lower end of the spectrum also need an extra teacher’s aide in the classroom. It’s also sometimes difficult for districts to convince parents of healthy children that their education isn’t suffering.

Madison is one of only three districts in the U.S. that are known for exceptional autism education: the other two are Charlotte-Mecklenburg in North Carolina and Clark County, Nevada. In fact, as The New York Times reported earlier this month, the programs draw many families to these towns. In Madison, for example, 17.5 percent of students are disabled, compared with 12 percent nationwide.

There’s obviously an enormous need for better education programs for children with autism in public schools. Shrinking budgets might make administrators reluctant to expand the programs, but it seems to me that inclusion could actually cut costs.

Here in New York City, for example, the government spends $4.8 billion each year on special education, of which $1.2 billion goes toward paying to send students to private schools. That’s because the U.S. Supreme Court has ruled that if public schools cannot provide an adequate education for children with special needs, the city will shoulder the costs of a private school.

Inclusion programs also have a broader economic, and social, benefit: a well-educated child with autism is more likely to find a fulfilling job, and contribute to society as an adult. It’s time cities like New York caught up with our forward-thinking neighbors to the west.