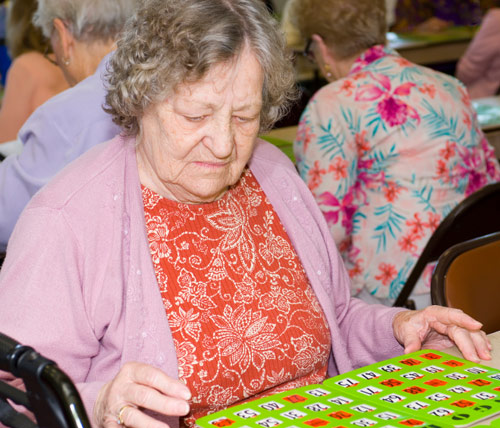 Nearly 70 years have passed since autism entered the scientific literature, and yet certain aspects of the disorder remain almost wholly unexplored. Even more than gender differences in autism, the effect of aging on individuals with the disorder is a blank slate.

Long-term follow-up studies of children with autism have shown poor outcomes in most cases, with social and communication impairments persisting into adulthood. But as yet, there have been no studies looking at the trajectory of autism symptoms such as restricted and repetitive behaviors, sensory sensitivities and other markers of the disorder in later adulthood.

According to a new review published online 24 August in Gerontology, nothing at all is known about how the brain changes in aging individuals with autism.

Typical adults experience difficulties with memory, sensory processing and executive functioning — goal-directed planning and action — in old age. But it’s not yet clear whether people with autism, who are impaired in these areas in their youth, develop compensatory skills as they age or become even more impaired.

Earlier this year, I wrote about a small Dutch study that found only three papers on late-in-life autism in the scientific literature. All three were case studies of men diagnosed with the disorder in their 70s or 80s. The researchers noted how difficult it can be to diagnose autism in the elderly, and how often their symptoms are mistaken for those of other neuropsychiatric disorders.

This lesson is reinforced by a new case study of a middle-aged man who was diagnosed with Asperger syndrome after two suicide attempts. Only after he was admitted to the hospital after the second attempt, and the clinical team recognized his autism-associated traits, did he get the help he needed.

The new review makes it clear that the problem goes beyond undiagnosed seniors and adults in crisis, however. Information is sparse about adults diagnosed with autism decades ago. Studies so far consist mostly of surveys and analyses of existing data sets, rather than new empirical research.

For example, a Welsh government survey of 29 adults in their 40s with autism, most of them with Asperger syndrome, reported problems with employment and mental and physical health. Another study, of 282 adults, found that older people with autism and intellectual disability are no more vulnerable to psychiatric disorders than those with intellectual disability alone.

An October 2010 article in The Atlantic magazine about 77-year-old Donald Gray Triplett, the first child diagnosed with autism by Leo Kanner, shows that it is possible for older adults with the disorder to learn new skills and live rich and satisfying lives.

Is Donald a special case or are there others like him? The answer is, we just don’t know.