Age of parents explains little of surge in autism 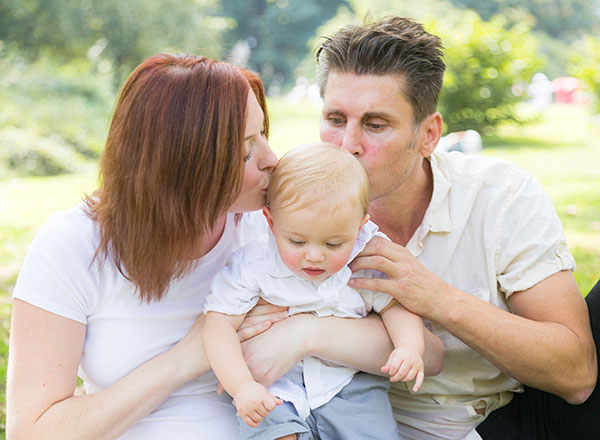 The growing prevalence of autism over the past two decades has coincided with an uptick in parental age in the U.S. Some studies suggest that children born to older mothers and fathers have an increased risk of the disorder. This raises the question: Is advanced parental age fueling autism’s rise?

Probably not, suggests a study published 17 March in Maternal and Child Health Journal. The report finds that increased parental age accounts for just 2.7 percent of the rise in autism prevalence between 1994 and 2001.

Researchers analyzed birth information for 927,003 children born in New York City between 1994 and 2001, including 1,640 with autism. The information came from the Longitudinal Study of Early Development, which collects health and education information on children born to women who live in the city.

Within the study period, the proportion of children with a mother or father aged 35 or older rose by roughly 15 and 10 percent, respectively. The prevalence of autism also increased from 1 in 3,300 children to 1 in 233.

Men aged 35 or older were 1.4 times more likely to have a child with autism than those under the age of 25 — a finding that jibes with that of a 2012 study of 1.3 million Danish children.

Still, the increase in parental age over time accounts for a small fraction of the surge in autism prevalence. The bulk of the rise most likely stems from increased awareness of autism and changes to how doctors diagnose the disorder, the researchers say.

It’s still unclear why autism risk increases with parental age. It could be that sperm from older fathers are more susceptible to spontaneous mutations than those from younger dads. Or perhaps it’s because older would-be mothers are more prone to pregnancy complications, such as premature birth or gestational diabetes, that themselves raise autism risk. Whatever the reason, older parents can rest assured that their risk of having a child with autism is still quite small.