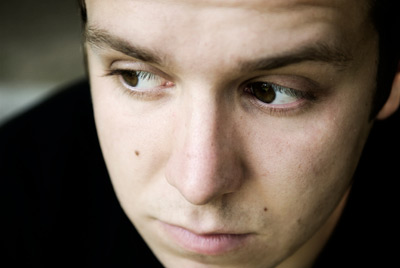 People with autism often feel anxious, worrying about everyday events and ruminating on their fears for long periods of time, reports a study published 8 May in the journal Autism.

Previous studies have linked a high intelligence quotient to anxiety in children with autism. But little is known about anxiety in adults with the disorder.

The new study examined the anxiety levels of 20 adults with Asperger syndrome who have intelligence quotients higher than 70, and 20 controls, all aged 18 to 65 years. The latest edition of the American Psychiatric Association’s guidelines for diagnosis describes Asperger syndrome as a mild form of autism on the autism spectrum.

The participants all carried an electronic device for three days that prompted them to record their thoughts and feelings. The device buzzed ten times a day during work hours, and the wearer answered a 13-question survey every time it sounded. In this way, the system recorded data in real time, instead of relying on the participants’ recall.

The researchers did not match the groups for their levels of anxiety or depression, both of which were higher in the autism group, according to self-reports.

Participants with autism have worrying or confusing thoughts frequently and these tend to center on themselves. “I was thinking about a pain in my leg,” one wrote, for example, or “I was panicking about the tasks I needed to complete today.”

They worry about their health, about events not in their control — such as a bus being late — and about others’ opinions of them. Unlike the controls, they also feel anxious about unexpected events. “If something I was expecting to happen one way suddenly happens in a different way, it can throw me so much that I don’t respond,” one participant wrote.

People with autism may struggle with this in part because they can’t always remember how to act in everyday situations, such as a casual run-in with a coworker.

About one-third of the participants with autism described lingering anxieties, lasting ten minutes or more. In general, people with autism reported feeling anxious about half of the time. By contrast, only about 4 percent of the controls ruminate for long periods, and they feel anxious only 7 percent of the time.

Although people with autism may often feel worried, this feeling does not always accompany worrying thoughts. That may be because the participants are able to separate their feelings from their thoughts, or because they have difficulty identifying their feelings, a condition known as alexithymia.

As one participant with autism put it, “There is no point in asking me about how I am feeling while I am feeling it: I do not know. I may know later.”