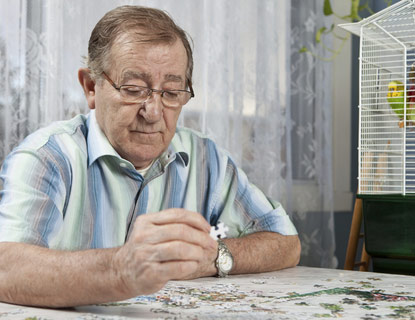 It’s hard to overstate how little we know about adults with autism. Their typical profile of symptoms, brain connectivity, response to drug and behavioral treatments, and even life expectancy are all unknown. Just two things are certain: Many adults with autism exist, and few are able to live independently.

With so many gaps in our knowledge of adults with autism, where should research begin?

A list of top priorities appears in the November issue of the Journal of the American Geriatrics Society. The report summarizes a meeting of the Autism-in-Older-Adults Working Group, which met in Chapel Hill, North Carolina, in March 2010.

There have been a few rigorous studies on adults with autism in the past year. For example, in May, researchers in England published the first study of adult prevalence, finding a rate of about one percent, the same as that of children with the disorder. Up to three-quarters of these adults don’t have jobs and, according to a June study, even those with normal intelligence and language skills are not likely to marry or find work.

This is a major economic and public health issue, as an editorial published 9 December in Autism Research points out. Lifetime direct and indirect costs of a person with autism come to $3.16 million — and that doesn’t include costs accrued after age 60. If the life expectancy of these adults is the same as that of healthy people, then some 700,000 individuals with autism aged 65 or older will need care over the next 20 years.

In the new report, the working group recommends six areas where study is most needed. First, researchers must design diagnostic tests tailored for adults, because most existing options rely on information — such as the age at which they spoke their first word — that makes sense only for children.

Once appropriate tests exist, the report suggests, researchers should study the common symptoms, co-occurring medical conditions and living situations, and conduct longitudinal studies of how each of these changes over time.

They should also conduct brain imaging and genetic studies of adults with autism and compare them to those of children with the disorder to see whether, and how, the brain compensates over time. They could also explore this in various rodent models of autism by allowing the animals to age a few years.

The final two recommendations are likely to have the most immediate impact on adults with autism.

One is to study whether treatments that have some effect on children — such as prescription drugs or behavioral interventions — have similar benefits for adults.

Finally, the report points out that researchers must speak out about the need for studies of adults with autism in order to inspire young scientists. It seems like a fantastic area for someone just launching a career: a field with many open questions, scant competition and clinical relevance that is only likely to expand with time.