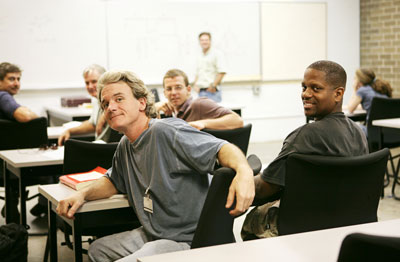 The bulk of autism research has focused on children, and studies of adults with the condition are scarce. A new perspective published in February’s World Psychiatry suggests that adults with autism fare better now than they did in the 1960s, when research into older age groups began.

Compared with results from older studies, adults with autism now have more “good” outcomes — based on participants’ work, friendships and independence — than “fair” or “poor” grades.

One 2004 review that looked at studies conducted between the 1970s and the early 2000s suggests that between 15 and 25 percent of people with autism did well as adults. Newer studies show a more promising picture, with about half of participants reporting fair to good ratings.

Research into autism began soon after Leo Kanner described the disorder in 1943, but autism didn’t make it into the 1952 or 1968 editions of the Diagnostic and Statistical Manual of Mental Disorders (DSM). Not until the DSM-III came out in 1980 did autism receive its own diagnostic category.

Behavioral and educational therapies also did not exist early on, as many people adhered to the ‘refrigerator mother’ theory, which purported that detached, cold mothers cause their child’s autism.

With little community awareness or interventions, about two-thirds of adults with autism in 1973, for example, needed institutional care. Few adults lived independently or had paying jobs or spouses.

Adults born in the mid-1970s or later tend to do better than their predecessors did, perhaps because of improved early diagnoses and tailored behavioral and educational treatments, the researchers say. How well they do may also depend on perceived social support, studies suggest.

One challenge in comparing statistics over time is that the diagnostic criteria for the disorder have changed, and more people on the high-functioning end of the spectrum are diagnosed with autism than before.

For example, Asperger syndrome, a form of autism in which language is less affected than in other forms, was added to the fourth edition of the DSM in 1994. That could skew the numbers from more recent studies.

As more people with autism reach adulthood, scientists are also getting a better handle on the course of the disorder.

For example, some research suggests that communication skills can improve with age, although repetitive behaviors and social impairments, such as difficulty holding conversations and making friends, often linger into adulthood. Other studies suggest that for most children with autism, symptoms remain stable over time.

On a promising note, because college-aged teens with autism have access to more interventions and treatment than their predecessors did, more of them appear ready for college or vocational schools than in previous decades. To prepare for them, higher-education institutions may need to implement better social and learning support networks, the researchers say.

Other problems, such as finding a romantic partner or a paying job, persist for many adults with autism. The researchers recommend that the field focus not just on children with autism but also on adults with the condition, and urge communities to build more support systems for them.