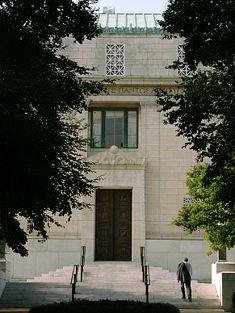 Yesterday, the National Academy of Sciences held its annual meeting in Washington D.C. and as the topic for its public symposium, chose autism ― one more indication that autism is firmly on the front-burner for scientists and the public.

The symposium lined up impressive speakers.

Marcel Just spoke about the power of imaging in capturing differences between the brains of normal individuals and those with autism and, in particular, the idea that autism is a consequence of under-connectivity between different brain regions.

But I think my favorite talk was by Eric Fombonne of McGill University. Fombonne is a French epidemiologist who is one of the few scientists to vocally dismiss the vaccine-autism link.

And he has data to back it up: he presented results from dozens of studies showing how the change in the diagnostic criteria for autism has affected prevalence (for example, how diagnoses of mental retardation have fallen as those of autism have increased) and the continued rise in prevalence despite the removal of thimerosal from vaccines.

Too bad he was preaching to the choir.

Although the symposium is open to the public, the audience as a result was almost entirely comprised of academy members ― some of the smartest people you could ask for, no doubt, but not the ones who needed to hear these talks.

Itʼs true that the past few years have created a demoralizing climate for science, but surely itʼs at times like this when, sadly, all three presidential candidates have said there may be a link between vaccines and autism that we need people to take a stance?

The academy has in the past promoted dialogue on important topics, such as stem cell research and global warming. And the Institute of Medicine, which is an arm of the academy, in 2004 released a comprehensive report refuting autism’s link to vaccines which is all the more reason I was disappointed by the group’s position this time.

Instead of taking the easy road, the academy could have boldly welcomed the public to ask their questions and hear credible, research-backed answers.

If scientists wonʼt speak up and set the record straight, who will?