A shot of reality 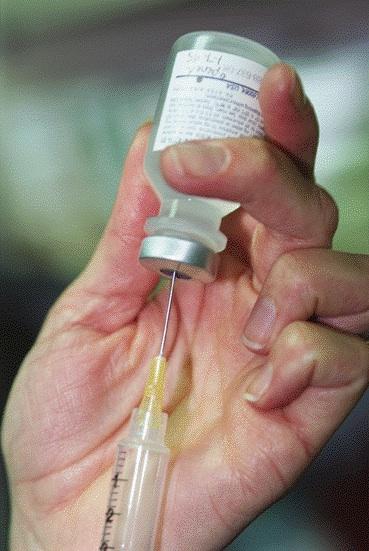 I try not to spend too much time on the vaccine theories because as far as Iʼm concerned, theyʼre well-trod territory: all evidence suggests that neither thimerosal, nor the triple jab for mumps-measles-rubella (MMR) causes autism.

But occasionally, events in the world force me to address the issue. Last week, a special ‘Vaccine Court’ began hearing from parents who claim that thimerosal damaged their childrenʼs brains and caused autism.

Last summer, Thomas Powers, a lawyer, argued another theory, that thimerosal and the triple jab for mumps-measles-rubella together cause autism. Next summer, lawyers will argue that the MMR vaccine is the sole cause of autism.

This time, thereʼs a different twist: Powers is arguing that previous studies all looked at thimerosal and autism overall, and not specifically at “regressive autism,” a subgroup in which children are thought develop normally and then suddenly develop autism.

Powers even brought out an expert, Sander Greenland, a professor at the UCLA School of Public Health, to say that there is a “substantial association” of thimerosal with regressive autism.

As we reported in an article on Friday, many studies have been unable to find any evidence that this subgroup of regressive autism even exists.

But who knows whether that matters to the court?

In the New England Journal of Medicine last week, vaccine expert Paul Offit wrote a clear piece outlining the troubling history of the vaccine courtʼs unscientific judgments, and explaining exactly how these vaccine theories are flawed.

For example, he points out that the smallpox vaccine alone used to contain 200 viral proteins, whereas the 14 vaccines given today together have 150.

Offit also talks about Hannah Poling, who has a rare mitochondrial disorder and features of autism. The court last year ruled that vaccines may have injured Hannah, a 9-year-old from Athens, Georgia ― which is far from proof that vaccines cause autism.

But, as Offit says, these cases have far-reaching implications on public health. When parents donʼt vaccinate their children, as they are increasingly choosing to do, they put their children in real ― not speculative and unproven ― danger.