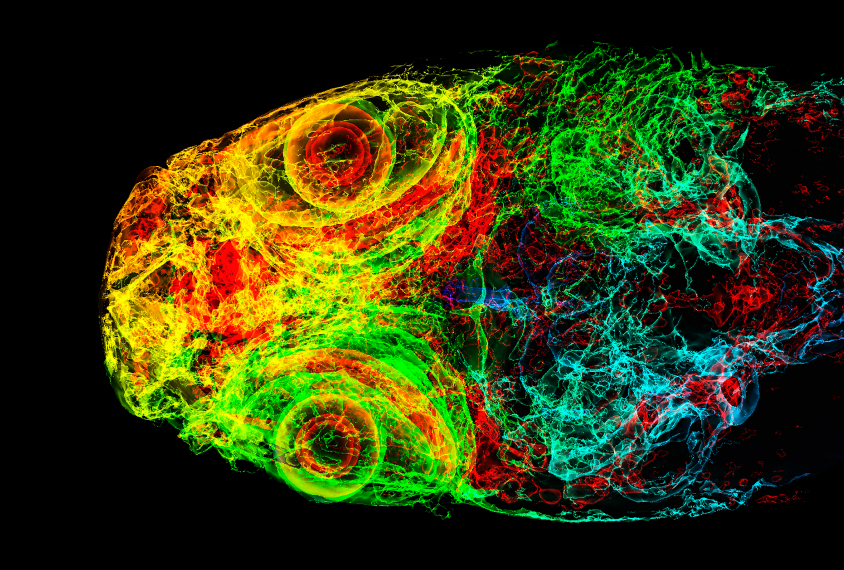 School daze: Zebrafish with mutations in one autism-linked gene sleep for shorter periods during the day than their wildtype cousins do.

Mutations in autism-linked genes lead to a variety of changes in brain activity, sensory perception and sleep-wake cycles in zebrafish, according to data from two posters presented virtually today at the 2021 Society for Neuroscience Global Connectome. (Links to abstracts may work only for registered attendees of the conference.)

Zebrafish are increasingly seen as a promising model organism in which to investigate neurodevelopment because their young, or larvae, are transparent, making it possible to image the whole brain in real time. The fish also develop rapidly, and researchers can simply add drugs to the water to test the effects.

Researchers in Ellen Hoffman’s lab at Yale University used CRISPR/Cas9 and other gene editing technologies to create multiple zebrafish lines bearing mutations in the fish equivalents of 10 autism-linked genes, including CNTNAP2, SCN2A, CHD8, DYRK1A and GRIN2B. They created at least two different lines for each gene.

For example, fish with alterations in a DYRK1A homolog have smaller brains than their wildtype cousins do, says Tianying Chen, a researcher in the Hoffman lab who presented the work. The decrease in size is especially pronounced in the forebrain, which is responsible for complex cognitive functions and includes structures analogous to the cerebral cortex in humans.

These fish also show reduced brain activity in the mesencephalon, a part of the brain associated with sensory perception, sleep and wakefulness, and motor control. It is similar to part of the brainstem in humans.

In another set of experiments, the researchers put a 5-day-old larval zebrafish into each of 96 wells in a laboratory dish and recorded their behavior with a video camera. High-tech software monitored how the zebrafish responded to one-second flashes of light or one second of darkness.

Wildtype zebrafish contort their bodies into a curved shape and then begin to swim. But the genetically modified lines responded differently, the team found. For example, fish with mutations in an SCN2A homolog show an exaggerated response to both light flashes and seconds of darkness, whereas the DYRK1A fish have a decreased response to the dark seconds only.

The researchers also tracked the fishes’ activity levels and sleep-wake cycles minute by minute over the course of two days and nights. The fish with alterations in a TBR1 homolog are more active than controls during the day, they found, whereas those in which a CHD8 homolog is disrupted sleep for shorter periods during the day than wildtype fish do.

“It’s not that we are trying to model autism in zebrafish,” says Hellen Weinschutz Mendes, a postdoctoral researcher in the Hoffman lab who presented the second poster. But by testing a wide variety of basic functions and behaviors, “we’re actually trying to understand these genes, and what is the effect of knocking out these genes.”

Different strains with mutations in the same gene have similar behavioral profiles, the team found. But when it comes to fish with mutations in different genes, “the truth is, we are finding a lot of divergence,” Weinschutz Mendes says. “Even though this makes the data a lot more complicated to analyze, it also portrays what autism is — it is very diverse.”

The team plans to identify drugs that might reverse some of the alterations seen in the fish with mutations. As a first step, they screened more than 750 drugs approved by the U.S. Food and Drug Administration in wildtype fish, looking for drugs with effects opposite to the behaviors seen in genetically modified fish.